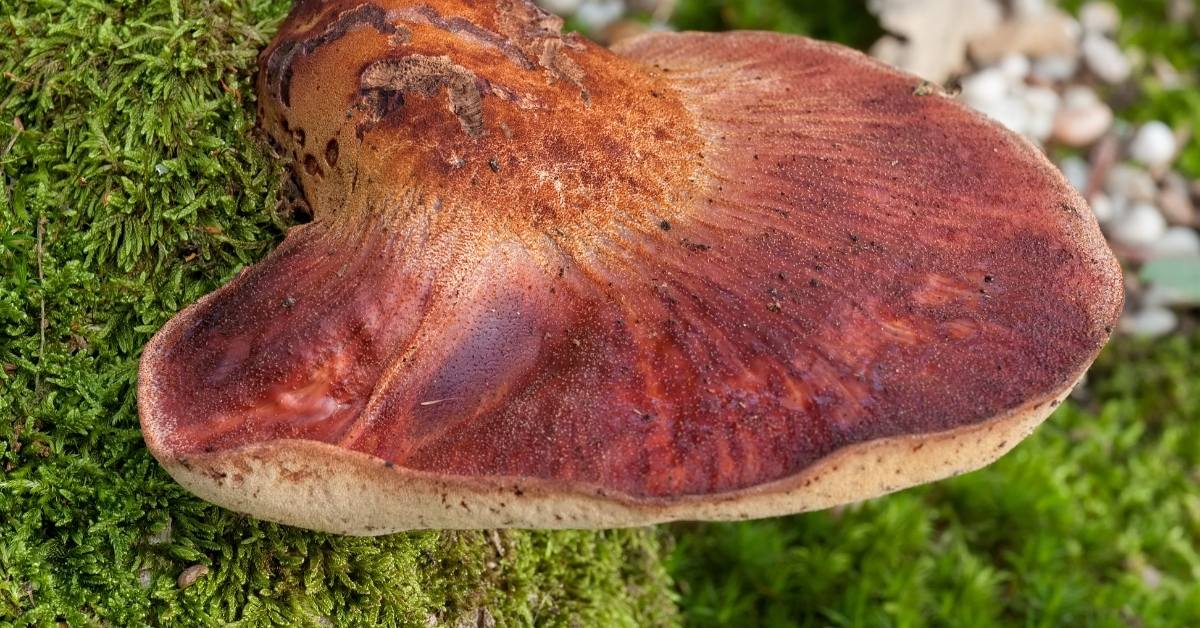 One of the most gruesome or unappealing mushrooms you are likely to see growth in the wild is the Fistulina Hepatica, also known as the Beefsteak Fungus, the Beefsteak Polypore or the Ox Tongue.

Although it’s edible and it does tend to have the appearance of a lovely tasty and succulent beefsteak, it, unfortunately, fails to taste anything like this. It is definitely one type of mushroom for those with a more refined taste palette.

Although some people seem to think that it looks delicious, some say it would be more suited in some sort of horror movie – it appears like a red tongue, and often you will see red droplets below the mushroom as it grows on an Oak tree.

No, this is not blood, but it certainly has this appearance, which is why some people refer to it as the Ox Tongue.

I discovered an Oak tree in a forest in Dorset which had many Beefsteak Fungus growing on them – I counted at least 6 and took some photos of some of the bigger specimens. I didn’t bother to take on any of the mushrooms as I had tried it before and wasn’t too keen on the flavor, although some people seem to like the taste.

It has quite an acidic flavor, and some cookbooks recommend that you soak the fungus in a bowl of milk for about 24 hours before cooking it to neutralize the flavor a little.

When cooking, you can slice it thinly and cook it like you would a steak, obviously for not as long, but it can tend to be challenging if not cooked for long enough.

It was quite amazing to see the Fistulina Hepatica take over such a large, old oak tree in the manner that it had; I don’t often find any Beefsteak Fungus (although I don’t tend to be looking up at the trees, my eyes are usually fixed to the floor).

Still, they do like to grow on old Oak trees, and there are plenty of these around in many forests in England. The mushroom will also grow on Chestnut trees, although I think you will have to be very lucky to discover it on one of these trees and am presuming they much prefer to grow on Oaks.

You should be able to find them from August to around Autumn time, and mine was discovered just a few weeks ago.

If you do decide to give this mushroom a go, be careful when picking it as it is pretty tough to cut (a bit like cutting a slab of meat), so you might need something a little more substantial than your average mushroom knife.

When you cut the flesh of the Beefsteak Fungus, red droplets will appear, again like blood, which again shows how much this mushroom resembles real meat, and it is no surprise that it is in some countries used as a meat substitute. Definitely, one for any struggling vegetarians to try.