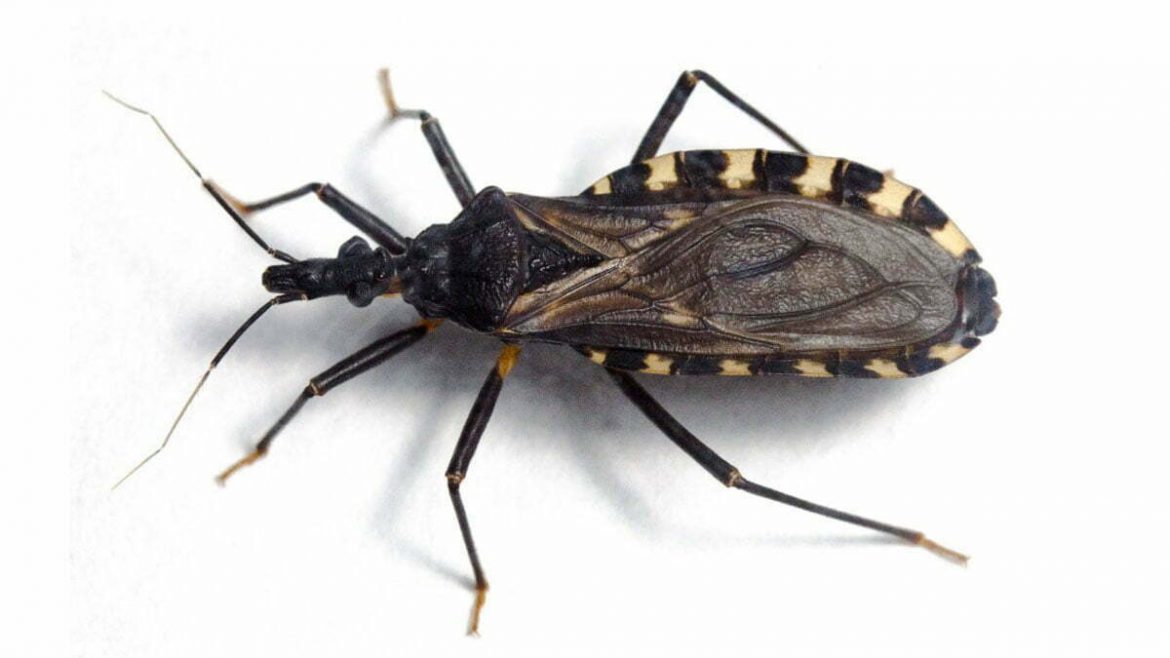 The Senckenberg Society found that the Chagas (triatomine bug) might also survive in Southern Europe. The insect serves as an intermediate host for a dangerous parasite.

Chagas bugs, which can transmit a dangerous parasitic disease, are now also finding favorable living conditions in southern Europe. Researchers have found this from the University of Frankfurt and the Senckenberg Society.

With the help of temperature and precipitation data, they determined where else those bugs, which are actually only found in Latin America, could become native. Portugal, France, Spain, and Italy could be considered new habitats, as well as Central Africa and South East Asia.

The chagas bug is dangerous for humans

The blood-sucking predatory bugs also sting humans and serve as intermediate hosts for the parasite Trypanosoma cruzi. The unicellular organism is excreted with the feces of the insects. It causes Chagas disease, which can have life-threatening long-term consequences.

Parasite researcher Sven Klimpel recommends reporting the infection and observing whether the bugs spread to other continents.

In Mexico, Central America, and South America, it is believed that as many as 8 million individuals have the disease; the majority of them are unaware that they are infected with the parasite. The infection may last a lifetime and even be fatal if treatment is not received.

How can a person catch Chagas?

When you scratch or massage the bite site, you assist the parasites entering your body. Once they have entered your body, the parasites will immediately begin to reproduce and spread. Consuming undercooked food that is contaminated with the excrement of bugs that are infected with the parasite and carrying it may also lead to infection.

Yes. The Chagas disease may be treated with either benznidazole or nifurtimox, both of which are antiparasitic medications. If treatment is started immediately after infection at the beginning of the acute phase, especially in instances of congenital transmission, both medications have an effectiveness rate that is very close to one hundred percent and may cure the condition.

Where are kissing bugs found in US?

The majority of the world’s kissing bugs may be found in Mexico, Central America, and South America. Additionally, they have been discovered in the lower 28 states of the United States of America, with the highest densities being in the states of Texas, Arizona, and New Mexico. There have been reports of kissing bugs in Delaware, Ohio, and Pennsylvania, all the way up in the north.

Should I be worried about Chagas disease?

Decades after being infected, around thirty percent of people who have the disease may suffer major health consequences. These symptoms include cardiomyopathy (heart muscle condition), heart failure, heart rhythm disorders, and strokes. Disorders that impact the digestive system are far less prevalent.

What do kissing bugs give you?

There is a remote possibility that kissing bugs in the United States transmit the parasite that causes Chagas disease, but this is not very likely. The itching caused by the bites may be so severe that some individuals will scratch themselves to the point of causing breaches in the skin, which can then quickly get infected. The bites have the potential to bring on a severe allergic response in some individuals.

Do all kissing bugs carry Chagas?

A parasite is known as Trypanosoma cruzi, which is responsible for Chagas disease carried in certain triatomines’ feces. If treatment is not sought for this condition, it may result in major negative effects on the patient’s health in the long run. However, experts still consider the danger of contracting the disease to be rather low. Certain kissing bugs do not carry the parasite.

How do you know if you’ve been bitten by a kissing bug?

The term “kissing bug” comes from the fact that these insects often bite near the lips or eyes. You may see anything from two to fifteen bite marks in one region, along with possible redness and swelling. It may be difficult to distinguish them from other types of insect bites, mild skin irritations, or illnesses.

It’s possible for feces to get up on walls; they may be light or dark in color and often take the form of stripes. Eggs are often white or pinkish in color and may be discovered in cracks and fissures in the wall. If you want to keep kissing bugs out of your house, you should think about implementing an integrated pest management (IPM) strategy, which may include closing cracks and openings.

Why are kissing bugs in my house?

Kissing bugs are often seen inside houses because bright porch and entryway illumination invites them in. Because these bugs feed on animals, they may also be brought inside by cats and dogs that go outside.

What happens if my cat eats a kissing bug?

Cats have a greater risk of becoming Chagas disease carriers than they have of experiencing severe health complications as a direct consequence of the disease. Nevertheless, the condition has the potential to cause some cats to have convulsions as well as paralysis in the rear limbs. In situations in which a significant number of the host’s cells burst at the same moment, a fever may also develop.

Do bed bugs cause Chagas disease?

According to a study, bed bugs and triatomines can transmit the parasite Trypanosoma cruzi, which is responsible for the disease. It is one of the most common and potentially fatal illnesses found in the Americas. The bed bug may be equally as harmful as its more evil relative, the triatomine bug, sometimes known as the “kissing” insect.

You can find further information about Chagas bug bite and pictures here: cdc.gov/parasites/chagas/ and the research source here: elifesciences.org

The Secrets To Growing And Caring For Nasturtiums (Tropaeolum)

How To Get Rid Of Downy Mildew With...