Easy to grow Shasta Daisy Seeds | Here is How 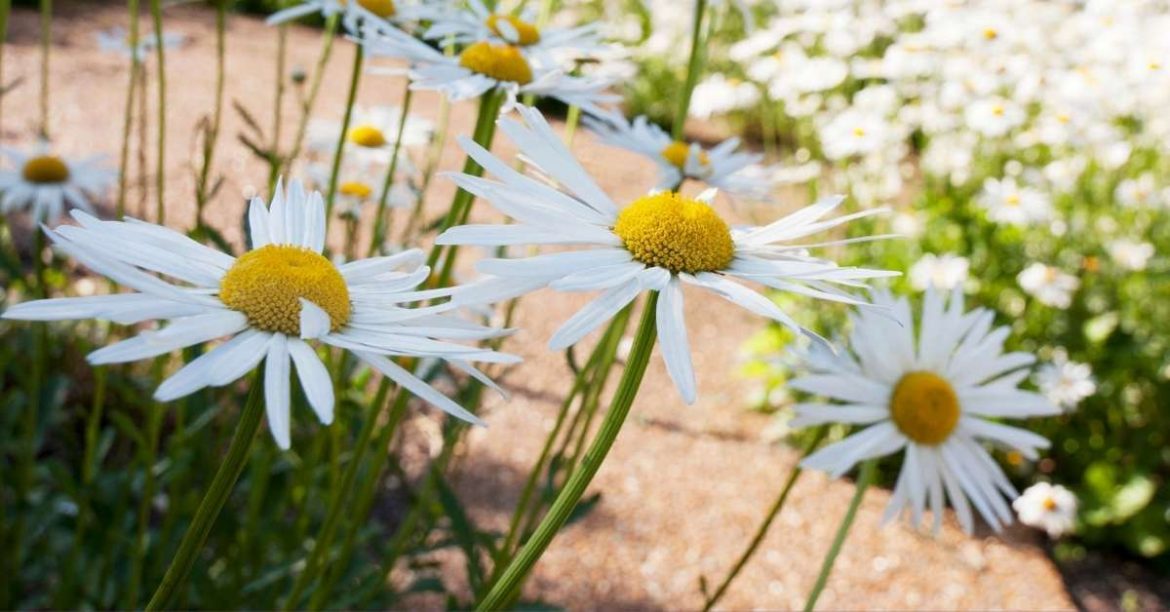 The mid-summer blooms of Shasta Daisies make them a backbone plant for the perennial garden.

The pure white blooms with golden button centers are excellent for cutting and are a sign of purity. They are a favorite among beginning flower gardeners since they are easy to cultivate and look great when planted in small bunches. Here is how to grow Shasta Daisy seeds and care for them.

Luther Burbank, a horticulturist, introduced his Shasta Daisy to the world a little over 100 years ago. Burbank had spent 17 years developing the hybrid, which he called after Mount Shasta’s pristine white snow, which he could view from his garden.

Burbank adored the wild Oxeye Daisies’ beautiful white petals and golden eyes. He sought to make a garden version of the plant that would work well in the perennial border as well as for cutting.

After six years of selective breeding within this pool, Burbank introduced pollen from the Japanese field daisy (Nipponanthemum nipponicum) for its pure white blossoms.

Until recently, Shasta Daisies were considered members of the Chrysanthemum family. But the daisies’ lack of fragrance and hairless stems caused them to be recently reclassified to Leucanthemum, the Sunflower family.

You might want to read this: How to Grow Bachelor Buttons (Mountain Bluet)

Shasta Daisies come in several varieties, single or double petals, dwarf to tall. They bloom for a long time, from early summer to late fall, and produce neat clusters up to 60cm tall and 60cm wide.

The colorful blooms stand out against the glossy, dark green foliage, adding vibrancy to any garden bed. The blooms can also be used as cut flowers.

When do Shasta daisies bloom?

The mid-summer blooms of Shasta daisies make them a backbone plant for the perennial garden. Other plants that will go well with Shasta Daisies include Scabiosa or Veronica. Scabiosa blooms almost all summer, as does Shasta Daisy so that the combination will last a long time.

You could also try a red-and-white combination for dramatic effect by planting Red Salvia in front of the daisies. Campanulas, Daylilies, Dianthus, Coreopsis, Siberian Iris, and Marigolds are all good planting companions for Shasta Daisies.

How to grow Shasta daisies?

This plant is simple enough for a novice to cultivate, yet it is essential enough in garden design that many professionals include it in perennial borders.

Daisies prefer rich, fast-draining soil, plenty of water, and plenty of sunlight. They are, nevertheless, resilient and can withstand poor soil conditions and partial shade. To assist produce of profuse flowers, incorporate some old animal dung or compost into the soil.

Shasta Daisies are easy to start from seed. In areas with long growing seasons, seeds can be sown directly into the garden, covered lightly, and kept well watered until the first true Shasta daisy leaves appear.

Indoors, sow seed sparsely on seed starting medium. Germination rates for fresh Shasta Daisy seed are very high, and separating plants at transplant time will be easier if they are not too thickly sown.

As perennials, it will take seed-started Shasta Daisy plants two years to bloom.

For quicker blooming plants, you can transplant from divisions of older plants. Shasta Daisie’s multiple rapidly and will require dividing every few years to keep them blooming robustly.

Yes. Shasta Daisies are a hardy perennial that grows well in Zones 4 -9 in the US.

Plant Care: How to care for shasta daisies?

Mulching is necessary for shallow-rooted Shasta Daisies. Spread a 2″ (5 cm) layer of organic material, such as chopped leaves from your yard, wood chips, shredded bark, or, on the soil over their roots.

This mulch suppresses weeds, conserves soil moisture, and prevents dirt from splashing on the flowers during bloom. Add an additional 1″ (25 mm) or so of mulch over the dormant plants after you’ve trimmed back dead stems in the winter to protect the soil from harsh winter temperatures.

Shasta Daisies are a carefree flower. When young standard kinds reach around 6″ (15 cm) in length, pinch back the tops of the stems to induce bushiness. Flowers will be a little smaller, but there will be more of them. Extending the bloom time of dead flowers is as simple as cutting them off. To keep tall varieties erect, stake them.

Cut stems back to 1.5″ (3 cm) above the soil level after the first deadly frost.

As new growth develops in the spring, divide plants every 3 to 4 years by lifting and splitting them into clumps.