Monarda didyma is a plant aka beebalm, bergamot, or sometimes Oswego tea. Here is the best guide for growing Scarlet Beebalm in your garden…

The common name bergamot comes from the resemblance (at least to somebody’s nose) of the plant fragrance to the bergamot orange.

You might want to see this: How to Plant Coreopsis or Butter Daisies

Beebalm comes from its ability to attract and apparently soothe bees, while Oswego tea was used because of its use by North Americans as a tea drink. If you read the list of ingredients in Earl Grey tea now, you’ll see Monarda or beebalm listed on the packaging.

How To Grow Scarlet Beebalm?

This is a plant of the full sun perennial border. The blooms are primarily on the red-violet side of the color wheel with occasional dashes into whites and pinks.

Varieties range in height from twelve to a full thirty-six inches, but all bloom from mid to late summer.

Mulch will keep the soil cool and evenly damp, and this is the most crucial growing tip for obtaining a good bloom on this plant.

You might want to see this: Alcea Hollyhock Growing Guide And Varieties

If you find the center is dying out, dig up the dead areas and enrich the soil in these areas with compost. The outer shoots will quickly recolonize the well-composted soil.

Beebalm is a spreading plant and will colonize its neighbors without remorse or regret. A sharp shovel in the spring will limit its aggressiveness, and the resulting offsets can be shared across the fence with neighbors.

Plants to Look For

The Monarda x Didyma hybrids are the most common ones found in garden centers, and these are among my favorites. Newer varieties include:

‘Gardenview Scarlet’ is another tall, mildew-resistant variety with scarlet blossoms.

‘Marshall’s Delight’ – a Canadian introduction – is a slightly shorter format, 30 inches but with excellent mildew resistance and hot-pink flowers.

‘Petite Delight’ with its lavender-pink blossoms and mildew resistance all packed into a bushy one-foot tall plant.

You might want to see this: Growing Great Peonies in Your Garden

As you can tell from the above listing, newer varieties have been bred for mildew resistance. This tells us that many of the older varieties would get mildew very easily, and the plants could quickly become unsightly.

I’m replacing all my older varieties with these newer, larger, and more brightly colored varieties to reduce disease problems in the garden. This is one case where newer is definitely better.

I suggest cleaning up plant waste in the autumn since mildew spores may hide in the remaining stems and leaves throughout the winter. Mildew is the sole issue these plants face on occasion, especially during a hot, dry summer.

Keep reading this one: Purple Coneflower: Growing Conditions and Use

How to Plant Coreopsis or Butter Daisies 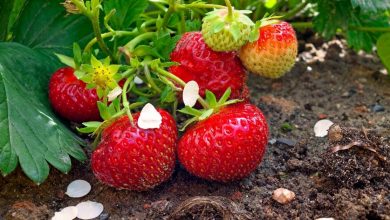 The Best Way To Grow Strawberries At Home (For Beginners)