If you are a fan of indoor plants that mature quickly and need little attention, this particular pothos variety is an absolute must. Both the Baltic Blue Pothos (Epipremnum pinnatum) and Cebu Blue Pothos have comparable characteristics. However, the Cebu Blue Pothos has leaves that are a somewhat lighter shade of green and grow fenestrations, also known as lobes, on its leaves much later than these.

In this post, you will find all the details on how to grow Baltic blue pothos, how to care for them, and more.

How To Grow Baltic Blue Pothos

This indoor vine requires very little maintenance; just water it when the soil becomes dry and place it in a brightly lighted area that receives indirect sunlight. When you see the appearance of new leaves on this fast-growing plant, it is imperative that you promptly apply fertilizer.

You might try staking your Epipremnum pinnatum in the hope that it would assist the leaves in developing lobes and growing in size. If consumed, this plant will cause severe illness. Keep a safe distance from both animals and children. Additionally, it has the potential to irritate the skin.

The Baltic Pothos is a pothos plant with broad, emerald-colored leaves. As the leaves age, they take on a bluish cast, which is most noticeable in the autumn and winter months.

In addition to the fact that it is very hard to kill pothos plants, one of the most incredible things about them is that they come in such a wide variety of subspecies and that they develop very quickly. The pothos plant is an excellent choice for you if you want to create the feel of a lush tropical forest in a room with low light levels. Seriously.

The Epipremnum Baltic Blue does best when grown in potting soil that may be purchased commercially. Because the roots of this plant are like a generally dry climate, you should choose components of the soil with the proper moisture retention qualities. You may make your own soil combination by combining peat moss, perlite, and coco coir.

Root rot and other diseases may be avoided by ensuring enough drainage. To improve the aeration of your soil, you may want to consider putting coarse and granular material into it.

The Baltic Blue Pothos is able to flourish in a variety of light environments. It thrives in conditions ranging from medium to high light, ideally. (During most of the day, this kind of light casts a shadow that is somewhere from moderate to significant.)

The leaves will become green rather than blue when exposed to too intense light. Our Plant Hunter recommends cultivating it no farther than three to four feet away from an unobstructed east- or west-facing window, where it will get a light intensity of at least sixty footcandles.

On the other hand, if you put this plant in a window that faces north, it should flourish well.

You should be aware of how much light is coming in if you put it in a window that faces east because it will be very bright.

The location may be suitable in the autumn, spring, and winter months, but during the summer months, even being indoors may be uncomfortable due to the sun’s intensity.

Because exposure to direct light can cause damage to plant foliage, it is essential to ensure that you are in the shade whenever you take plants outside during the spring and summer months.

If you have no choice but to place it in an area that is illuminated by direct sunlight, the morning hours offer the best lighting conditions for doing so.

You shouldn’t miss this video to learn about Baltic blue pothos care:

How To Grow Baltic Blue Pothos

Growing Baltic Blue Pothos is a simple and enjoyable process. If you want to develop a broader growth habit or recycle stem cuttings from previous pruning, propagation is an excellent option. As a result of the difficulty in acquiring these plants, propagation is an excellent method for creating new plants that may be given to family, friends, or other people who have a passion for plants.

There are two different ways to propagate Baltic blue pothos: In Sphagnum moss or water.

Make sure your pruning shears or scissors are sharp before you attempt to take cuttings from your plant. Check that each stem cutting has at least five to six leaves before using it.

Take off two or three of the lowest leaves the new cuttings so you can see the nodes farther up the stem.

Put the cuttings of the stem in water, being sure to submerge any exposed nodes while allowing the remaining leaves to stay above the surface.

Every week, the water should be replaced in order to maintain its quality. In around two to three weeks, the roots should start to develop.

After the roots on the cuttings have grown to a length of at least one to two inches, they may be planted in soil.

Put the potting mix in a tiny pot with good drainage, and then add a little water to the soil.

Place the cuttings that have taken root in the container, and then set the container in an area that is exposed to indirect light that ranges from mild to bright. After allowing the roots to adjust for one to two weeks by maintaining an equal moisture level in the soil, you should then go back to your typical watering routine.

In around two weeks, you should start noticing the roots’ development. Before putting the plants into the soil, it’s best to let them root for approximately two months or until their roots are about one to three inches in length.

Fertilizing is a crucial step for baltic blue pothos care. In the same way as other houseplants, the Baltic Blue pothos thrives when fed twice annually or more often every six months. Utilize a fertilizer explicitly designed for houseplants or plants kept in containers.

Always be sure to follow the instructions provided in the product’s box. If you want your plant to develop at a quicker rate, you should fertilize it more often. Never apply more fertilizer (either in terms of amount or frequency) than what is recommended on the product’s container. This goes for both the quantity and the frequency of application.

Baltic Blue pothos starts to develop into a vine as it ages, and it is possible to show it as a hanging plant or to train it to climb up a peat post. If you want to preserve your Baltic Blue pothos in a more compact form, just pinch back any new growth as it appears. This will encourage the plant to branch out and become denser. At any point throughout the year, you don’t have to worry about the plant being harmed if you pinch or clip it.

The roots of your Baltic Blue Pothos will have more space to expand if you repot it into a bigger container. When it is time to repot a plant, you will often see roots sprouting through the drainage holes in the existing container.

In general, tropical plants need to have their pots changed around once per year. It is highly recommended that, before filling the new pot, the old, nutrient-deficient soil be removed and replaced with a fresh batch of ordinary commercial potting soil.

It would be best if you were on the lookout for common pests that might infest houseplants since Baltic Blue Pothos is vulnerable to getting them.

Mealybugs and scale are two types of sap-feeding pests that, over time, may cause harm to the plant’s leaves. They both leave behind a sticky residue on the leaves and stem of a plant, which is one of the first indicators that you are dealing with an infestation of some kind.

Pothos plants are known to attract fungus gnats because of the damp soil that they grow in, which is another frequent insect that attacks houseplants. These flying pests deposit their eggs in the ground, and the larvae that hatch from those eggs feed on the plant’s root system.

Are Cebu blue and Baltic blue The Same?

Like all other varieties of pothos, the Baltic blue pothos is a vining epiphyte that naturally climbs trees and other big plants in its natural habitat. It is possible to cultivate young Baltic blue pothos effectively in hanging pots, but mature plants are aggressive climbers and need support from a pole or trellis in order to survive.

Why is it called Baltic blue pothos?

The Baltic Pothos is a kind of pothos plant that has broad, emerald-colored leaves. As the leaves age, they take on a bluish cast, which is most noticeable in the autumn and winter months.

Why does my Baltic blue pothos have yellow leaves?

Yellow leaves may be caused by a variety of various issues, ranging from an excess of light to being underwatered to a deficiency in humidity in the air. It is important to do an analysis of the specific growth conditions of your plant in order to determine the underlying reason for the yellowing of the leaves.

What temp can pothos tolerate?

How To Keep Foxes Out Of Your Yard With This Secret Smell? (And The Top 13 Ultimate Solution) 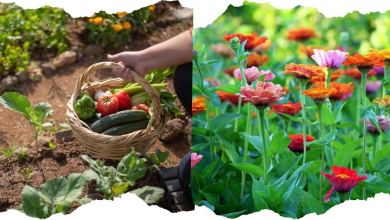 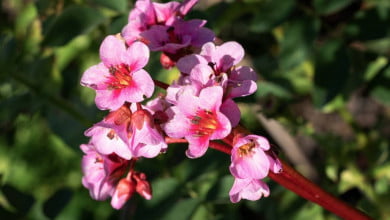 9 Beautiful Plants for Shady Spots That You Should Start Growing