Knowing how to grow potatoes indoors is an excellent idea for many reasons. The first is that the indoor gardener chooses the soil to grow these vegetables. This results in higher-quality potatoes.

Potatoes grow best in sandy soil that is minimally rich in nutrients. Potatoes are one of the easiest vegetables to grow outdoors. Growing them indoors is an ideal opportunity for creating “designer” potatoes that are quite popular these days. Potatoes grown indoors need an extra careful balance of soil and irrigation.

Potatoes can be grown from the eyes of ripened potatoes. These eyes look like little white spots on the exterior skin of the potato.

If stored in a warm place, potatoes these eyes usually begin to sprout naturally. This is a great opportunity to use these to plant in an indoor potato garden.

It’s important to know that you can harvest five to ten pounds of potatoes from a handful of potato eyes. Potatoes need lots of bright sunlight to flourish.

When no potato eyes are available, another way to get potato sprouts started is to slice a potato in half. Pierce the potato halves with four toothpicks about one-quarter inch into the skin around the middle.

The toothpicks will provide proximity to water. Place the potato half over a four-ounce glass filled with water. Set the glass on a sunny windowsill.

You shouldn’t ignore changing the water if it begins to cloud over. It takes about one week before potatoes halves begin sprouting.

To plant potato sprouts directly into the soil, choose a wide container about six inches deep. Fill the bottom of the pot with small pebbles and potting soil blended with light sand. The ratio of potting soil to and should be ten parts potting soil to one part sand.

Plant the sprouts with roots facing downward into the soil about six inches. Make sure to plant the sprouts away from the edges of the planter pot to give them enough room to grow. Water frequently.

In a few weeks, the potato plant will have a full head of deep green foliage. Take note that the vines may begin to appear at the exposed underside of the plant. Add more soil to cover the vines.

Tips on Growing Potatoes in a Container

When the potato plants sprout light orchid-colored tubers, this is a sign your plant has produced potatoes beneath the soil, and they can be dug up.

There are two ways to remove them: the first method is to dig them up carefully. The second is to lift the green foliage at the top away from the container and remove the potatoes from their roots.

However, removing potatoes this way won’t encourage bumper crops. So long as green foliage remains in the planter pot, the potato plant will eventually reproduce from the vines remaining in the pot. Continue to water if a bumper crop is desired.

There are various types of potatoes available in markets today. Although there are over 4,000 species of potatoes, the most commonly grown are red, russet, white, Yukon Gold, blue, and the typical yellow potato.

Each of these has individual properties like the russet potato for baking, red potato for boiling, Yukon Gold for salads and fried potatoes, blue for boiling and baking, white and yellow for mashed potatoes.

The term “new” potatoes refer to small, less mature potatoes. These are identifiable by the thinner outer, somewhat waxy skin and contain a slightly higher amount of moisture than mature potatoes.

Some say new potatoes are also sweeter. This is a result of these young potatoes not turning the sugar content into starch. The other distinction of fresh potatoes is their shape.

Most are perfectly round and hold their shape when boiled or baked. New potatoes can be grown indoors. It’s a matter of the indoor gardener watching for the first signs of tubers and removing the smaller potatoes from the planting pot.

What Do You Need to Grow Potatoes Indoors?

It’s possible to grow potatoes in several containers indoors. Look for wide, round, or square containers with deep bottoms and a depth of at least 12 inches. The more room potato roots have to spread in the pots, the larger the potato crop will be.

If you want your potato garden to look similar to an outdoor potato patch, place several containers together in a sunny spot. It may be a good idea to purchase a garden trowel to dig up potatoes ready for harvesting.

In addition, the soil will need to be added once roots beneath the foliage become visible. Some local garden centers sell soil pre-packaged specifically for indoor potatoes gardens.

Since potatoes tend to drink in moisture, choose containers made from clay or plastic. If you plan to grow several types of potatoes, it’s a good idea to purchase garden tags and write the name of the potato on each label and attach it to the container.

There are fun ways to experiment with growing potatoes. One very successful in getting potatoes to germinate is to place white sprouts from mature potatoes in a large sealable plastic bag. Cover with potting soil to about 1″ over the sprouts.

Seal the bag for about one day or until the first signs of sprouting begins. Set the bag on a windowsill in a sunny spot. Then, unseal the bag and gradually add more soil as sprouts become more prominent until the plastic bag has been filled.

This is a fun way to watch potatoes grow indoors. The first crop of these potatoes can be harvested as “new” potatoes, or they can be allowed to mature to larger sizes. These potatoes will be as sweet as freshly picked young corn.

Using the bag method is also an opportunity to cross-breed potatoes. To do this, select white sprouts from two or more types of potatoes. Place them side by side inside the plastic bag.

Eventually, the heat of the sun and moisture retention of the bag will meld two types of potato sprouts together. This may produce potatoes with uniquely colored flesh, depending on the choice of nodes.

The result will be your own signature hybrid potato. It may be worthwhile to keep notes on cross-breeding potatoes for future reference.

Freshness and quality are significant reasons for an indoor potato garden. Convenience is another reason. The prodigious indoor crops potatoes produce provide a ready supply of this vegetable year-round.

To store ample crops, place harvested potatoes in a plastic or brown bag in a cool, dry place. Potatoes remain fresh for up to two months when properly stored.

Things to Remember about Growing Potatoes

. Potatoes can be planted any season of the year indoors
. Use wide, round containers or garden boxes with at least 12″ in depth
. Start potatoes from sprouts in water or soil
. Water frequently
. Grow potatoes in full sun
. No fertilizer is required
. Keep exposed roots covered with soil
. Plant several types of potatoes
. A half dozen sprouts can produce ten pounds of potatoes
. Experiment with cross-breeding different potato species

By following the basics of growing potatoes, the indoor gardener discovers the simplicity and ease of providing a high quantity of this vegetable. To create designer potatoes for sale to markets, develop several types of hybrid potatoes and harvest them when they are young.

A hybrid potato is a species that grows from several generations of the same sprout or eye. Cross-bred designer potatoes are those that have a different color flesh than white, gold, blue or red potatoes.

Also, when cross-breeding potatoes, study the skin of each generation of potatoes. For example, crossbreeding a russet potato with a thicker skin with Yukon Gold’s thinner skin can produce a species with dark brown delicate skin.

Today, markets and restaurants pay higher prices for the designer and hybrid potatoes. These look great on haute cuisine dinner plates and are highly prized for their sweeter flavor, attractive flesh, and appealing shape.

These potatoes also marry well with various spices in many restaurant dishes. For example, slice potatoes into half dollar sizes and sprinkle with rosemary before baking.

Fried potatoes are delicious when first soaked in vinegar, drained, and then salted before frying—stuff pre-baked potatoes with broccoli or spinach. Garnish with shredded Jack or Cheddar cheese and bacon bits and re-baked. Boiled potatoes are great in salads, casseroles, and as side dishes. There are many recipes that make great use of an abundant crop of the highest quality potatoes grown in an indoor garden.

That was our guide on why and how to grow potatoes indoors. If you enjoyed the info you read, you can help us by sharing the article with your friends!

10 Foods That Will Help Sleep Deprivation

Indoor Coffee Growing | How to Properly Grow Coffee at Home 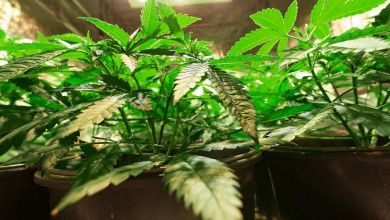 How to Grow Plants Indoors in Winter