How to Prune Mimosa Acacia Dealbata 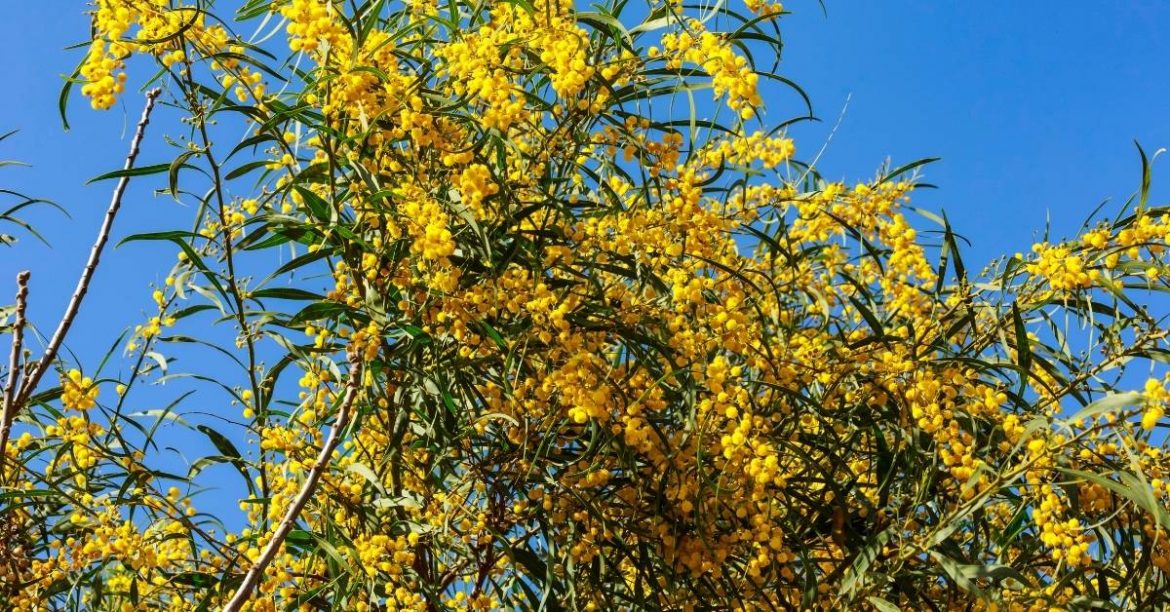 Little if any pruning is needed for the mature mimosa Acacia dealbata beyond its fifth year, other than possibly tidying up a stray stem here or there. You’ll want to remove dead, damaged routinely, or diseased limbs from all Acacias each spring, no matter the plant’s age, as part of its annual maintenance.

But a little thoughtful pruning is needed for young Acacias to establish desired growth habits during their formative years. You must decide upon the desired mature appearance of your Acacia. It can be allowed to grow into a tree with a defined canopy or trained to shrub form.

When to prune Acacia?

All Acacia pruning should be done in mid-spring after all danger of frost has passed.

How to prune acacia tree for tree form

Train the Acacia to tree form beginning in its first spring. Remove any dead, damaged, or diseased limbs throughout the tree with pruning shears.

Define the trunk by pruning off all lateral growth from the lower one-third of the plant. Trim the side shoots of the center one-third back by half. Don’t cut any healthy increase from the top one-third of your Acacia, and never cut healthy main stems.

In its second and third years, lengthen Acacia’s trunk, or lowest one-third, by completely pruning off the side shoots you trimmed halfway back during its first spring. Cut the lateral limbs of the tree’s middle one-third back by half. Prune out any stems in the top one-third that cross over one another or grow downward.

Trim crossing or downward-growing limbs from Acacia’s canopy during its fourth and fifth years. Remove more of the lowest limbs if you wish to lengthen the trunk and further define the canopy. No additional shaping of the tree should be necessary.

Cut some of the canopy’s inner stems from the mature Acacia each spring if growth becomes too dense in the following years. This will permit adequate air circulation throughout the tree.

Trim flowering stems after blooms fade throughout the growing season to keep the plant looking tidy. Just clip these back to several new buds behind the spent flowers.

Decide upon the mature height of your one- or two-year-old Acacia shrub’s main stem, and cut the top of the plant off at that point using pruning shears. Make any cuts very clean, so there aren’t any ragged edges left behind. You can safely prune it back as far as 3 or 4 inches above the ground.

Choose three or four of the sturdiest and most attractively placed new shoots to form the framework of the Acacia shrub its second spring. New growth will have emerged from underground and from the main stem that you cut back last year. Cut all but the chosen stems back completely to the base of the plant.

Cut off any new growths from the base of the shrub during its third and fourth years. Prune outside shoots that cross or touch each other and any that may grow downward. Thin dense growths of stems within the canopy may inhibit adequate air circulation.

Cut bloom stems back after flowers fade throughout the season from mature Acacia shrubs. Leave several buds on each cut limb. Trim up stray stems for an attractive overall appearance.

The Best Root Dividing Tool for the Perennial Flower Gardener