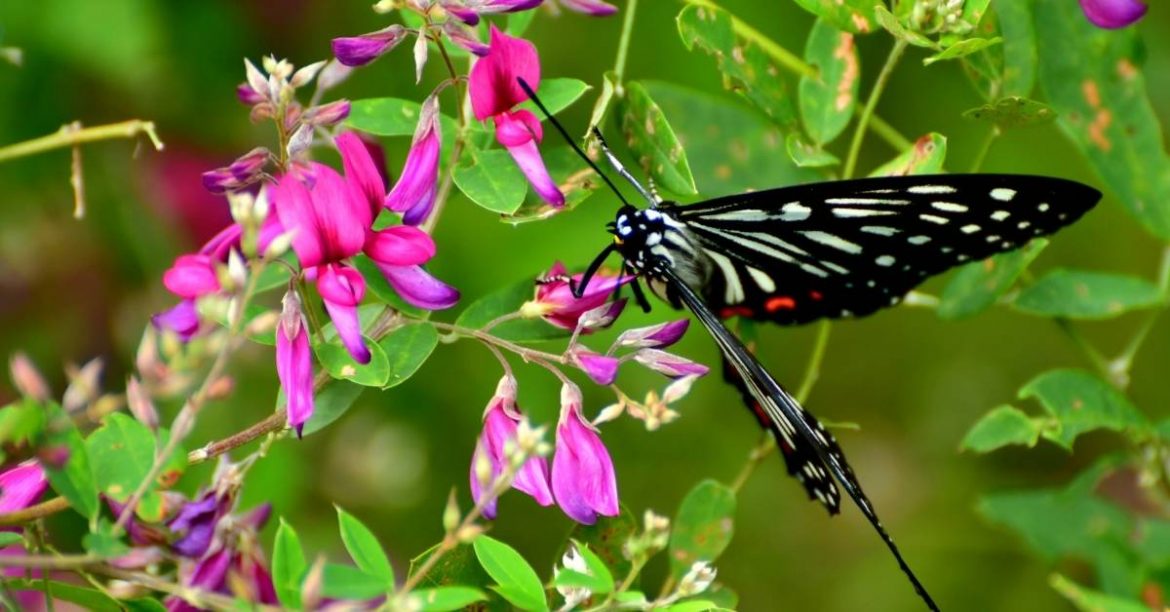 Whenever I receive a catalog from an online nursery, I first search for perennials I have never seen or planted before. I tend to focus on those that are considered hardy in USDA Zone 4 (Canada Zone 5), and in today’s post, I’ll talk about Lespedeza Gibraltar, aka Lespedeza thunbergii (lespedeza thunbergii gibraltar).

Moreover, I dive into more details to select only flowering plants with a long bloom period. Finally, I evaluate attractiveness and colors that work well in the English-style flowerbed for those that appear to have potential.

Occasionally, the plant is staged with hidden props to hide an unattractive growing habit. The picture of a plant can be transformed into a vision by AI technology that the human eye will never perceive. We’re seldom told that a perennial is unsightly, aggressive, invasive, or short-lived.

Experimenting with newly imported plants takes bravery because, like the now-proverbial Forest Gump box of chocolates, one never knows what one will find. Even though no amount of technological brilliance could disguise the reality that Lespedeza was not a particularly attractive perennial, I disregarded warnings. I bought it nonetheless when I first saw it.

My online provider did not mention that it was bushy. The close-up of Lespedeza thunbergii Gibraltar showed no sign of weeping or cascading. The small photograph of a close-up of a floret, as well as the marketing hype in the catalog, assuring me that;

Limp and wilting in my autumn garden, unfortunately, before the first season was over, Lespedeza isn’t a perennial in my tidy metropolitan English-style garden, I discovered. It belongs either in a rural setting where it might be valued for its practicality rather than beauty or in a meadow-like garden where unpretentiousness is a virtue.

Lespedeza Gibraltar is too robust for the pastel, polite, and strategically planned urban theme. Gardeners are unable to combine it into appealing plant compositions due to its multidirectional growth and purple-pink solid coloring, which generates energy. Even from afar, the pea-like florets seem scraggly in bloom and wilted for a long time after flowering is finished.

There must be a reason why this perennial isn’t available in most nurseries. Perhaps one explanation is that it is a low-growing, messy, flowering shrub that needs to be cut down to the ground every autumn. It’s a perennial want-to-be.

Yet, this plant has merit in the context of a meadow garden or in a matrix of a Piet Oudolf inspired composition. When planted on a slope to cascade visually unobstructed, its texture and color interact well with other low-growing plants.

Its blooms have a sharp tone that combines nicely with the soft colors of ornamental grasses and appears to glow brightly next to strong natural flowers. Lespedeza Gibraltar is a perennial that holds its own among other strong garden personalities, proving once again that one gardener’s foe is another gardener’s buddy in the plant world.

Gibraltar Bush Clover will grow around 5 feet tall with a spread of 10 feet when fully grown. It tends to fill out down to the ground, so no facer plants are required in front, and it is excellent for planting beneath power lines.

It has a sluggish growth rate and may expect to survive for around 10 years under optimum conditions.

The optimum conditions for this shrub are the full sun to moderate shade. It prefers dry to medium moisture levels and well-drained soil, and it will drown if there is any standing water.

It doesn’t care about the pH of the soil. However, it prefers poor soils. It can tolerate mild urban pollution. This is a variation of a species that is not native to North America.

Gibraltar Bush Clover is a lovely addition to the outside environment, but it’s also a good choice for pots and containers. Plant it near the center of the pot, surrounded by smaller plants and those that spill over the edges. Because of its height, it is often used as a ‘thriller’ in the ‘spiller-thriller-filler’ container combination.

It’s best to plant it near the center of the pot, surrounded by smaller plants and those that spill over the edges. It’s even big enough to be grown by itself in a proper container. It is to be assumed that when grown in a container, it will not function exactly as described on the tag.

Attributes of the Environment

Gibraltar Bush Clover is a mounded deciduous shrub with a thick multi-stemmed shape. Its average texture blends into the environment, although it can be effectively adjusted by one or two finer or coarser trees or bushes.

This is a low-maintenance shrub that should be trimmed immediately after it has finished flowering to prevent losing any of the current season’s blooms. It doesn’t have any substantial drawbacks.

The following landscape uses for Gibraltar Bush Clover are suggested: