Heavy metals such as lead and arsenic can be found in both urban and rural environments. Old landfills and old orchards can retain high levels of metal contamination in the soil even when they are no longer used as such. Factory sites where chemicals are improperly disposed of, and mining waste piles are also potentially hazardous areas to live in.

Here is the explanation of metal contamination in soils and an analysis of heavy metals in soil.

The U.S. Department of Agriculture identifies mining, manufacturing, and use of synthetic products as the source of heavy metal contamination in soil. Synthetic products such as chemical pesticides and waste materials from factories seep into land and water and eventually contaminate soil, causing a public health risk.

Arsenic from older pesticides remains in the soil of fruit tree orchards long after they have been sprayed.

Mental problems, liver and kidney damage, and nerve disorders result from over-exposure to lead, cadmium, and arsenic. Chronic, long-term exposure is more dangerous than short-term exposure. Other heavy metals found in contaminated soils include copper, mercury, selenium, and zinc. These metals are found in lower levels that are not a health risk in normal, healthy soil.

The smallest microorganisms absorb toxic levels of heavy metal at the bottom of the food web. Contaminants are then absorbed into crops or into the sensitive organs of wildlife that feed on the soil. Heavy metals can be passed into earthworms and then eaten by birds and small reptiles.

“Preventing heavy metal pollution is critical because cleaning contaminated soils is extremely expensive and difficult,” reports the USDA National Resources Conservation Service. The most effective method is the management of the contaminated soil to immobilize the metal and break the cycle of plant uptake.

Compost has been found to transmit some heavy metal soil contamination, according to the Environmental Protection Agency. Compost has billions of beneficial bacteria and fungi that digest the toxic metals and change them into harmless substances.

It also binds heavy metals to its particles, preventing them from leaching out into groundwater supplies. Home composting is an important part of cleaning up the environment and returning the earth to natural productivity.

An Analysis of Heavy Metals in Soil

Plant fertilizer can give gardens the necessary nutrients for proper growth. Unfortunately, fertilizers contain more than nutrients. Most fertilizers contain substances that are classified as heavy metals. These compounds affect plants in various ways and can add to the overall levels of metals found in one’s soil.

Arsenic is a naturally occurring material that is toxic in large quantities to both humans and plants. Although it is found in some inorganic fertilizers and is limited by the Association of American Plant Food Control to 13 parts per million, arsenic serves no positive purpose in the nutrition of plants and animals.

Many environmental groups fight for the complete removal of this substance from fertilizers before it can pollute sensitive ecosystems.

Cadmium is a component of phosphate found in many fertilizers. It is limited to 10 parts per million by the Association of American Plant Food Control, and complete removal is considered an expensive and unnecessary process. There are few known side effects to cadmium, and all of these occur rarely.

Cobalt sulfate is an additive in fertilizers that are meant to improve the feed value for livestock. The Association of American Plant Food Control limits cobalt to 136 parts per million. Farmers must be aware that cobalt sulfate is a carcinogen when inhaled by humans or animals.

A multitude of other heavy metals is found in common fertilizers. This list includes lead, selenium, mercury, zinc, and nickel. Although some of these elements are necessary for continued plant nutrition, such as zinc, an overdose or misuse of fertilizer can lead to undesired environmental consequences.

Most manufacturers place warnings on their products urging parents to use fertilizers containing heavy metals where children are present. Young children often place dirt in their mouths and are more susceptible to poisoning based on inhalation and skin contact. Adults should be exposed to the same minerals no more than a few times per year to avoid experiencing similar consequences.

How Much Gypsum is Needed to Amend Soil?

Gypsum is easily applied and amends soil in lawns and garden beds. Spread the granules using a granule spreader at the rate of 40 pounds per 1,000 square feet. Gypsum only needs to be watered after application and does not have to be worked into the soil. 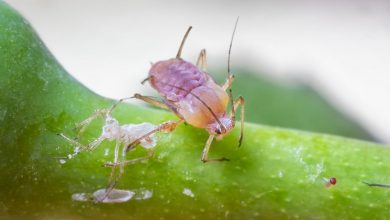 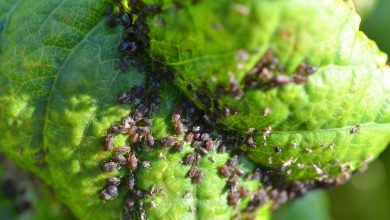