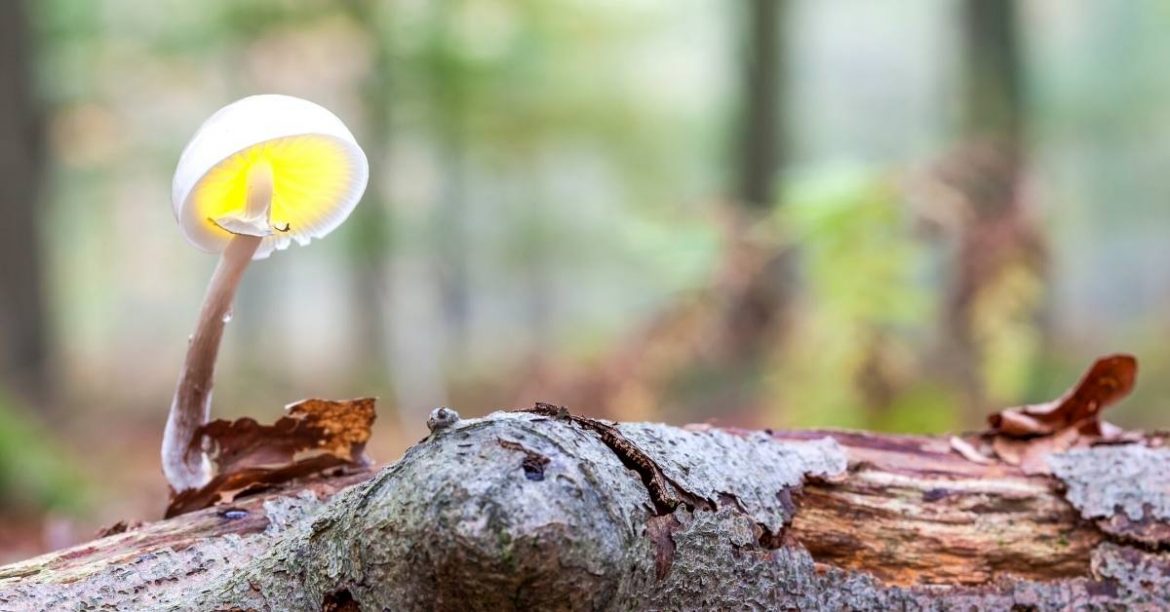 The Porcelain Fungus or Outemansiella Mucida is yet another fascinating and attractive-looking mushroom. As you can probably guess by its appearance, the name Porcelain Fungus is very apparent when viewing this mushroom – it looks very white, almost a bright white, and looks pretty delicate too, much like a piece of porcelain.

On this occasion, when I found it in plentiful supply in the New Forest, some specimens were at least 20cm in diameter, something that seems to be very unusual (from what I’ve heard, it doesn’t really tend to grow much more than 8cm across the cap).

When you find Porcelain Fungus growing somewhere, you will probably find that it seems to have overtaken entirely any other kind of fungi growing on that specific tree.

That was pretty much the case in my case when I found various specimens growing on a dead beach tree – there were a few Oyster mushrooms scattered around too, but the majority of the tree was covered with Porcelain Fungus.

This is because the mushroom produces a potent anti-fungal agent, a clever way to prevent any other kind of fungi from attacking the host tree. For this reason, you will find Porcelain Fungus completely taking over dead beech trees and such.

Since this fact was found out, the anti-fungal agent has since been extracted and used to increase crop yields (almost every type of wheat will be using this extract, which is known as a Strobilurin fungicide).

The Porcelain Fungus is edible, but first, you will need to remove the slimy layer covering the outside of the mushroom cap. This can be a very tedious process, especially when dealing with smaller specimens of the fungus.

For this reason, I tend only to pick a few of the larger mushrooms but try to leave as many as possible for animals/over people to enjoy. (To remove the sticky layer, I just use a small sharp knife to try and peel back the complete layer – if you are lucky, you can sometimes get it off in one whole “peel”).

There are far better mushrooms to eat, but it’s still quite lovely to have and isn’t too dissimilar in taste to the Oyster mushrooms (if not a little more “slimey”). Another point worth noting is that it’s not really possible to eat the stems of the Porcelain Fungus; they are far too hard, and so it’s best just to cook the caps.

This mushroom is also known as the Beech Tuft due to the fact that it grows on Beech trees and because they usually grow in small tufts of about 3 or 4 mushrooms.

It is also known as the Poached Egg Fungus, most probably due to its white, egg-like appearance (and the taste of the fungus has the same sort of texture of a cooked egg).

The mushroom is very easy to distinguish from others – you will find it growing on Beech trees, in big clusters, and it is very white (almost see-through), with a slimy white layer over the cap. It has hard, white stems, and there will be a very visible ring below the cap of the mushroom.