Robotic Lawnmower: This is Why You Need To Switch Off Them At Night 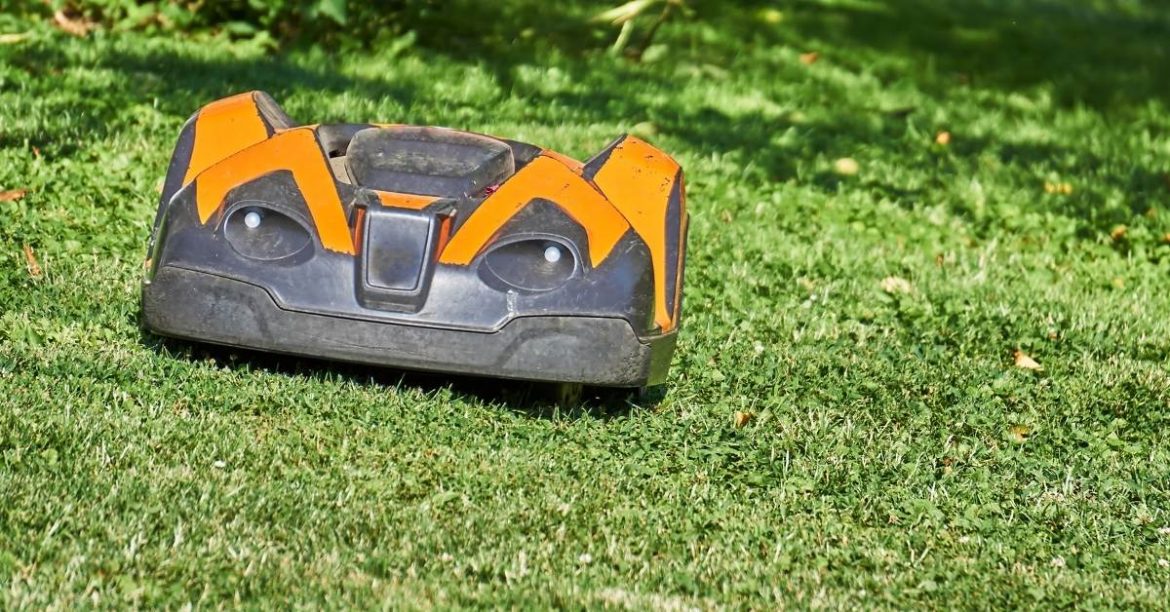 Robotic lawnmowers promise a well-tended lawn without a lot of maintenance. But convenience also has its price – and not just financially. The mowers are a threat to small animals in the garden, such as hedgehogs, which are particularly active in the evenings and at night. We asked animal rights activists and manufacturers how great the danger really is and what owners of robotic lawnmowers should pay attention to.

Small animals are easy to miss between the tall blades of grass. Even robotic lawnmowers often recognize hedgehogs too late with their sensors so that their blades hurt the animals. But not only hedgehogs are affected, but also toads and lizards.

Why are robotic lawn mowers so dangerous for hedgehogs?

While the sensor technology of the robotic lawnmower manufacturers is slowly becoming more and more sophisticated, animal rights activists sound the alarm more and more often. “The robots are very quiet and have little deterrent potential,” explains Sebastian Kolberg from NABU. “In addition, there is no uniform standard for the construction method, for example, how far the blade has to be removed from the outer shell,” says the species protection officer.

Many robot lawnmower owners turn their devices on in the evening when they are at home. But hedgehogs are mainly active at dusk and night. “If the robotic lawnmowers run at night or in the twilight, nocturnal hedgehogs, in particular, are at risk,” warns the Baden-Württemberg Nature Conservation Union.

“Because the automated lawnmowers do not stop at playing children, whose fingers can get under the knife, or at small animals.”

In contrast to other garden animals, hedgehogs do not run away to seek protection in case of danger – they lie down and curl up. This learned behavior may seem daunting to predators, but robotic lawnmowers are unimpressed by it. The result is severe injuries as the animals are rolled over and injured.

In many cases, the wounded hedgehogs end up in the shelter, where zookeepers nurse them back up. In the worst case, they will die in agony on the spot. They are being run over, mutilated, and killed.

Robotic lawn mowers forces hedgehogs out of their habitat

But robotic lawnmowers also threaten hedgehogs indirectly, as they deprive the animals of their food sources. Because if the lawn is mowed briefly, the spiny animals cannot find enough food to hibernate and have to cover further distances to search. The LBV, therefore, recommends that “garden owners should rather pay attention to biodiversity and do without the electrical helpers.”

How far is the technology in robotic lawnmowers?

The sensors of robotic lawnmowers are often not yet able to recognize and avoid obstacles. Small hedgehogs, in particular, are quickly left behind and end up under the sharp and rapidly rotating blades, “if only because of their size,” says Kolberg.

When Stiftung Warentest examined eight different robotic lawnmowers from manufacturers such as Bosch, Husqvarna, or Gardena in 2018, the test result was devastating. None of the tested models was able to convince and achieve a rating better than “satisfactory.”

The mowing performance was not the decisive criterion for the poor results, but the safety aspects. The risk of accidents has been identified with all robotic lawnmowers, especially for small children playing.

Two mowers failed the test because they didn’t stop when a child’s shoe got in the way.

What do manufacturers of robotic lawnmowers say about this?

Manfred Eckermeier, the press spokesman for Positec, is well aware of the safety risk posed by robotic lawnmowers. Among other things, the company has the Worx Landroid in its product range. “We recommend all users of robotic lawnmowers to be careful with such devices,” says Eckermeier. “As basically with all machines that work with cutting tools.”

It can sometimes happen that the sensors fail to detect an obstacle lying flat on the ground. Eckermeier mentions various factors such as the “condition of the lawn, any holes in the lawn or hills.” The anti-collision system is also not a one hundred percent guarantee concerning these factors.

It is intended to recognize and avoid obstacles at the height of 6 inches (15 cm) and a minimum distance of 10 inches (25 cm). “We are constantly working on the security systems of our devices and are continuously developing them,” assures the spokesman.

According to George Brown from the Industrieverband Garten (IVG) eV, clashes are “tragic individual cases,” but he also appeals to the owners of the devices. A robotic lawnmower is “a powerful machine and not a toy,” says the technical advisor.

“International product standards, therefore, require high safety devices, such as strong sensors onboard that stop operation if they come into contact with people or animals,” explains Brown.

The IVG works closely with the manufacturers on further development. “Some systems that also benefit the protection of the hedgehogs are already in the pilot or test phase.”

What do animal rights activists advise owners of robotic lawnmowers?

Since hedgehogs are active at twilight and at night, the robotic lawnmower should remain switched off during this time. “At best, you let the mower run in the morning or in the afternoon before dark,” advises Kolberg. However, only under supervision. “Under no circumstances should this happen at night.”

This also applies in autumn. “Young hedgehogs can be born until September and are therefore potentially endangered for almost the entire vegetation period.” While males usually go into hibernation as early as October, this happens a little later with females.

Young hedgehogs born late are sometimes even looking for food during the day in December “because the animals have to reach a body weight of at least 500 grams in order to survive hibernation,” said the animal rights activist.

How should robotic lawnmower owners behave?

When we ask, the species protection officer Annika Lange from the LBV recommends all owners of robotic lawnmowers to adhere to the following tips:

“The natural habitat for hedgehogs is threatened – by the intensification of agriculture and the development of open spaces, but also by modern technologies such as robotic lawnmowers. The garden is often the hedgehog’s last retreat. For the sake of nature, we should only mow the lawn as often as necessary. In doing so, we not only help the hedgehog but also other animals such as bees. And a near-natural garden not only offers valuable habitats for flora and fauna but also benefits people in the long term. “

How to Stop Dog Pooping on Your Lawn

Warding Off Destructive Wild Animals from the Garden