Newspaper is a common resource used by small-scale organic gardeners. It can provide carbon for compost, matting for weed reduction, and containers for seed raising, but it carries great risks to the health of your food garden.

There is no doubt that recycling newspaper is environmentally responsible, but should they be recycled into the dirt that produces your food? My blog this week takes an objective look at using newspaper in the garden.

How is newspaper used in the garden?

Each of the uses described below has the same assumption of safe biodegradability of the newspaper, which is mostly carbon:

This is perhaps the most common medium for using the newspaper in the organic garden. The newspaper is often mashed up and put into the compost heap in clumps or layers. The bulk of substance in good compost is a combination of dry matter (carbon), green matter (plant material), manures, and water. Newspaper is used as the dry matter.

Newspaper is often used on paths between garden beds to reduce weeds, and some gardeners will also place the newspaper over their garden beds and make holes in the paper for plants, all to minimize weeds.

Newspaper is fashioned into small containers for growing seeds. When the seedlings have come up, the containers and seedlings are planted, as it is understood that the paper is biodegradable.

What is the newspaper process?

Newspaper is manufactured using paper that is derived from trees. When making paper, chlorine is used to prepare the pulped wood so that it may be turned into paper, and then bleach (which is mostly chlorine) is used to color the paper to make it whiter.

Initially, all newspaper ink was made from petrochemicals, but over the last 30 years, printers have shifted to more vegetable-based inks, with soy being the most frequent component. The majority of soy-based inks come from genetically modified soy crops.

Environmentally, petrochemical inks are very hazardous, whereas vegetable-based inks are less toxic and more biodegradable. Inks used in newspapers are often a mix of petrochemical and vegetable inks.

Because vegetable-based inks are more expensive than petro-chemical inks, the amount of use may be determined by how ecologically friendly the paper owner wants to be.

Pigments are used in newspaper inks to generate the print color. The most popular colors are made from petroleum-based materials. The black and color prints are created by combining these pigments with ink.

What are the risks of using newspaper in the garden?

Each of the hazards listed below influences the fundamental goal of an organic gardener, which is to encourage and conserve soil life. Such effects will result in decreased seed fertility, weaker plants, increased insect and disease infestations, and lower plant life force, resulting in lesser nutritional value and inferior taste:

Toxic breakdown: When chlorine breaks down after use, two of its by-products are dioxin and organo-chlorides, both of which are difficult to break down and bio-accumulate, meaning that any chlorine left in the newspaper you use in your organic garden will leave these two toxic substances in trace amounts in the garden and the surrounding environment. The most hazardous chemical on the planet is dioxin.

Stops microorganisms: Consider how you may use bleach at home. Chlorine and bleach are extremely powerful in killing microorganisms. One of your major duties in a compost heap or in your garden beds is to stimulate the expansion of life via microorganisms; therefore, anything you place in the garden to slow this down makes having good soil more difficult.

Heavy metals from petro-chemical ink: The newspapers you use for your garden are likely to contain a combination of petrochemical and soy-based ink. Petrochemicals can pollute soil and groundwater when discharged into the atmosphere.

Support of GM products in soy ink: The use of genetically modified (GM) goods is divisive, with proponents thinking it would save our ailing food system and have no negative environmental consequences.

Avoid using newspaper in the garden which was printed with GM soy ink if you don’t support GM goods and prefer to be extra cautious about the potential consequences of GM product residues in your soil.

Heavy metals in pigments: Cadmium for yellow, Phthalocyanine for blue, and carbon for black ink are common inorganic hazardous chemicals utilized; the carbon used for such inks is typically generated using petrochemical oils.

Combination of ink and pigment: Given the manufacturing process, the potential for hazardous chemicals in the newspaper is quite significant, as previously stated. When these chemicals are mixed together and broken down in your soil, they can produce additional hazardous compounds.

The solution to newspaper toxicity in the garden

Put your newspapers in your recycling bin, not your food garden, so they are used to make more newspapers.

Then you won’t need to buy newspapers. I haven’t bought a newspaper for 10 years.

It’s fascinating how things in life get widely accepted as being OK, yet when examined more closely, gremlins often lurk. Successful food gardening with organic methods is a blend of many factors, some out of your control, but others totally in your control.

You have control over the things you put in your garden soil, just as you have over what you eat in your mouth, and the soil has a significant influence on the success of your organic garden.

Using Food Scraps As Fertilizer With Your Organic Garden 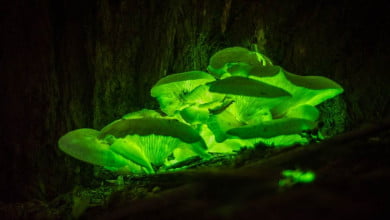 Bioluminescent plants: Can We Use Them For The Future of Lighting? 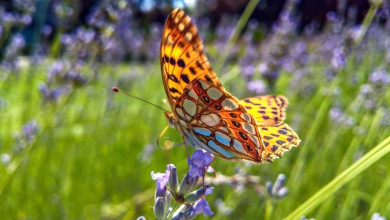 Lots of Little in the Garden – What Are They Up To?