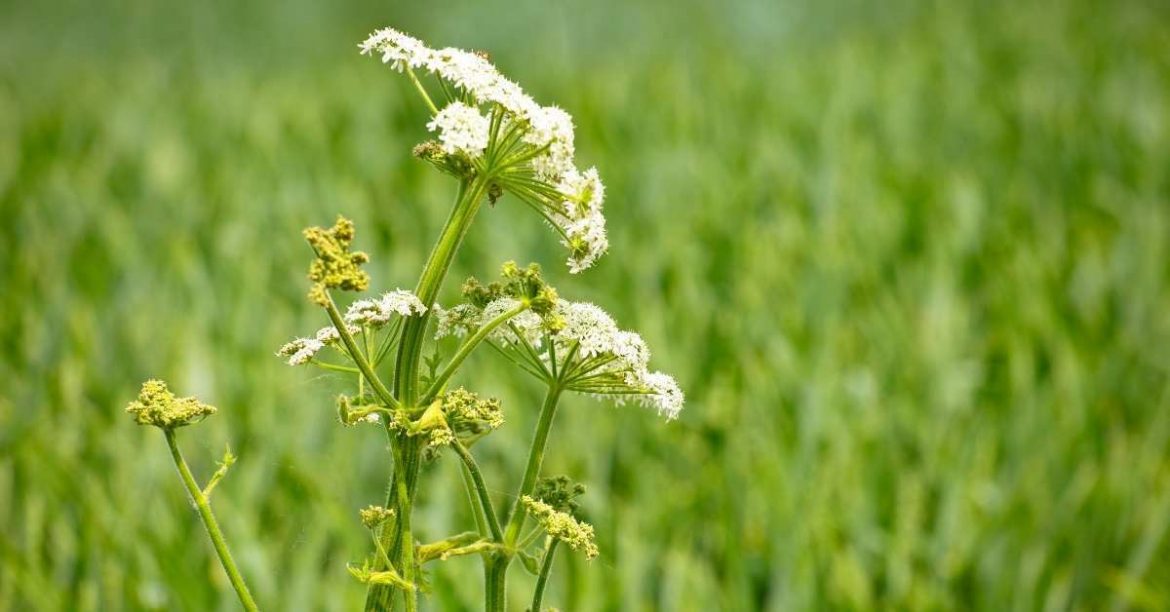 Last year my boyfriend purchased a great 1950’s stone house in PA. The previous owner was a gardener and had many good foundation plants around the house…. hostas, lilies, roses, spring-flowering bulbs, etc. There is one area I have named the shade garden. I saw that she had a lot of aegopodium in there and not being familiar with its negative aspects, I have to admit that I think it is very attractive.

I looked it up in my books and read that it can be aggressive. It also said that the variegated version was less so than the solid green. Anyway, I pulled some of it out to make room for astilbe, various coleous plants, an ostrich fern, pulmonaria, a Stachys (lambs ear). I think it’s called “hummer” that is not fuzzy and has a tall purple flower (this is in one corner that gets a little bit of sun), and of course, some hostas.

Anyway, as I read your article as well as some others that tell how bad it is and to get rid of it immediately, I have been keeping a close eye on it.

It’s really a shame because it looks fantastic so far. It brightens up the whole area and seems to glow as evening approaches. Should I leave it for the season and pull it out in the fall or next spring? And when I do this, what would you recommend to replace it that would give me the same type of look?

If you really like this plant, there’s no reason to pull it out. That’s the bottom line. It is your garden. 🙂

Having said that, you’ll have to control it around any other plant, or it will invade around their roots and start choking them out. It will grow up and over many plants as well.

Variegated versus green for spreading – personally, I think it’s a toss-up. They’re both thugs.

When’s the best time to start digging it out if you decide to remove it?

Replace it with gold-leaved plants if you want some bright “light” in a dark garden.

But – it really is your garden, and you do understand what happens if you let this plant stay.