Cotton Burr Compost (CBC) is arguably the best compost in America. What makes it work so well? It’s alive!

And they are loaded with nutrients and diverse populations of microorganisms. Both are vital to your organic garden.

As the cotton plant grows, it absorbs nutrients that end up in the stalks, leaves, and seed pods. The pods are also called “burrs” or “bolls.”

These end up at the cotton gin, where they are discarded as “gin trash.” As the cotton and the seed are separated, everything else gets blown outside to an enormous pile.

For generations, these piles have been an eyesore and a nuisance for gin operators. They were often burned, buried, or dumped somewhere else.

It wasn’t until some entrepreneur realized that it could be composted that gin waste was transformed from trash into a commodity. That was the beginning of what we now call cotton burr compost.

Unfortunately, there is a lot of false information that gets recycled on the internet from writers who wouldn’t know what compost was if they fell into it.

One of the biggest misconceptions perpetuated is that composted cotton burr is somehow laden with chemicals and toxins that will ruin an organic garden. That is just plain untrue.

Anyone in the cotton industry will tell you that it is illegal to spray anything on a cotton field unless it dissipates before harvest.

You might want to see this: How to make Bokashi Compost at home?

The other point worth mentioning is that the composting process would break down any chemicals if present into their essential elements and render them inert.

“Cotton Burr Compost is “unsurpassed in its ability to break up clay soil.”

CBC contains twice the nutrient value as manure composts but without the e-coli concerns. It is capable of holding as much moisture as sphagnum peat products, but unlike peat, it re-wets easily.

Sphagnum peat moss is known for its anti-bacterial properties that destroy microorganisms. In fact, it was used in earlier times as a dressing for wounds.

Good composted products are free of pathogens and weed seeds because they are broken down during the composting process.

In recent years, scientists have discovered that CBC is a natural fungicide and helps reduce the plant diseases Pythium, Rhizoctonia, and fusarium. This is excellent news for rose growers.

As it reacts with water, CBC releases massive amounts of beneficial microbes and soluble nutrients that also serve as fungicides and disease controllers.

In the region of Memphis, TN, they have clay rather than soil. When new homes are built, the contractor grades the clay and then has a crew come and lay sod grown at a local sod farm.

This is a recipe for short-term green and long-term failure. Experts agree that a layer of CBC between one-quarter to half an inch thick be applied before the sod is installed. This is also the time to fill in low spots and contour surfaces to personal taste.

Established lawns lacking in organic matter can benefit significantly from a top-dressing of CBC. It only takes about two weeks, and then the lawn begins to explode into green as microorganisms and nutrients are reintroduced to the soil.

You can also add CBC to your organic garden and raised beds to help restore soil fertility and increase organic matter levels. You can even spread it around pre-existing plants to enjoy its remedial benefits.

I have used CBC on bare clay to start new lawns directly from seed. If you have ever done that, you know just how tricky that can be. Rarely do you get consistent growth over the entire area, and you end up re-seeding.

CBC has taken all the guesswork out of the equation and has produced incredible results for me. This is an excellent product for professional landscapers who specialize in design and installation.

CBC also helps increase the survivability rate of transplanted flowers, trees, shrubs, and grasses. As any businessman will tell you, when you have to return to a site and replace dead flowers and shrubs, it eats up the profits reasonably quickly.

Bokashi Compost: How to Make Your Own From Scratch 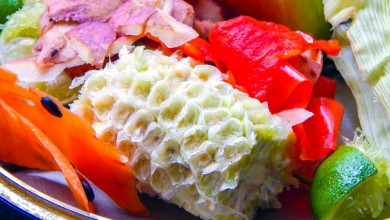 Using Food Scraps As Fertilizer With Your Organic Garden 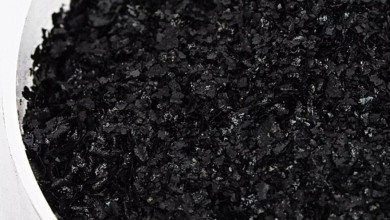