Growing white pumpkins (Ghost pumpkins) can be a fascinating experience, but growing unusual varieties, such as white pumpkins, can be even more rewarding. Their exceptionally beautiful shapes and ranges of white hue have enticed many gardeners into taking their horticultural skills to another level.

Here are 15 essential tips for growing white pumpkins which you need to know, seriously.

Several varieties of white pumpkins are available today, from the smallest ones that fit in the palm of your hand to the ones that reach the size of 130 pounds.

Individual care, soil, and weather play a significant role in the finished product in many cases.

Except for the dwarf varieties, most white pumpkins are great for cooking and baking because of their dense and meaty flesh.

The most common selections of white pumpkins are listed below:

When cultivating different species of pumpkins, several steps should be followed to achieve optimal results. Proper control of the growth of your product will produce the finest quality crop that is disease-free and great for cooking or decorating.

How to Begin Growing White Pumpkins From Seed?

For novice gardeners, growing pumpkins may seem like a difficult task. However, this type of horticultural activity brings excellent results and can be engaging and fun for the entire family.

Healthy seeds are a good start. It is crucial to purchase the seeds from a nursery rather than a local chain store where the seeds are of much lower quality, and often different varieties are mixed with each other.

Preserved seeds can last for many years, and local nurseries are the most reliable vendors as they have the knowledge and experience in handling them.

Depending on the climate zone, the seeds can be planted either indoors or outdoors. Typically, the pumpkins do not favor transplanting. If planting indoors can be avoided, begin outside once the temperatures are at least 70 degrees during the day and at least 55 degrees at night.

The next step consists of choosing the proper location. Pumpkins need full sun, at least 8 hours per day, and fertile soil that provides plenty of nutrients during the growing season. The chosen patch of land cannot contain any standing water and must be well-drained.

Plenty of space is also required as the vines may grow up to 30 feet in length. It is recommended to plant the seeds in the center of the area where you expect them to germinate and fruit to develop as the vines spread in a circle around the crop.

In addition, white pumpkins are sensitive to wind and may have to be protected by temporary trellises or a fence. In most windy regions of the country, the seeds should be planted in a row of ditches to protect the seeds, the fruit, and any excessive loss of soil around the crop.

It is also true for hot climatic zones. Planting slightly under the top level of the ground will help to retain the moisture and avoid the necessity for extra frequent watering.

In colder climates with plentiful rainfalls, the seeds can be planted in a mound of soil to prevent the accumulation of standing water around them and the growth of disease and pests.

Several pests are attracted to white pumpkins because of the sweet smell of the flowers and fruit. One of the most effective methods to detain them is planting a row of sunflowers for their attractive appearance.

In many cases, the pests are detoured to the sunflowers rather than the pumpkins. However, pest control will still have to be implemented to prevent the spread of unwelcomed guests to the entire garden. Most frequently experienced pests include the following:

This break in multiplying the aphids allows the beneficial ladybugs to enter the congregation and absorb the remaining insects. It is important to address the issue as soon as noticed as the aphids have the ability to decimate the emerging fruit and the female blossoms.

They congregate in the soil around the plant, and the most effective way to eliminate them includes regular weeding, tilling, and hoeing of the ground closest to the crop.

White pumpkins are great for painting and decorating as they provide a blank canvas for all sorts of creative ideas.

As they are especially susceptible to bruising, extra care must be implemented when handling them during the growing season, harvesting, and decorating. For ornamental purposes, the dazzling white skin can be preserved by following few simple steps:

How to Grow Plants Indoors in Winter

Robotic Lawnmower: This is Why You Need To Switch Off Them At Night 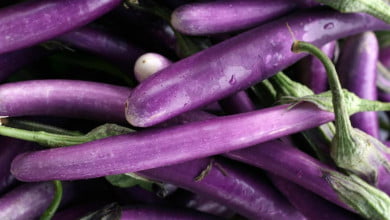 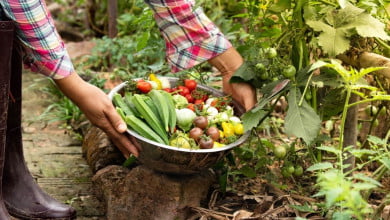 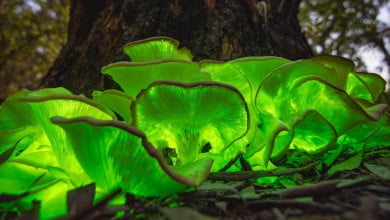 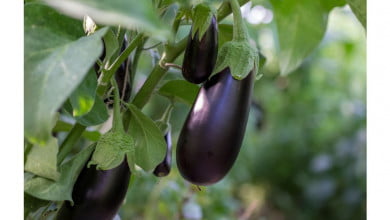