How To Get Rid Of Downy Mildew With This Amazing Trick 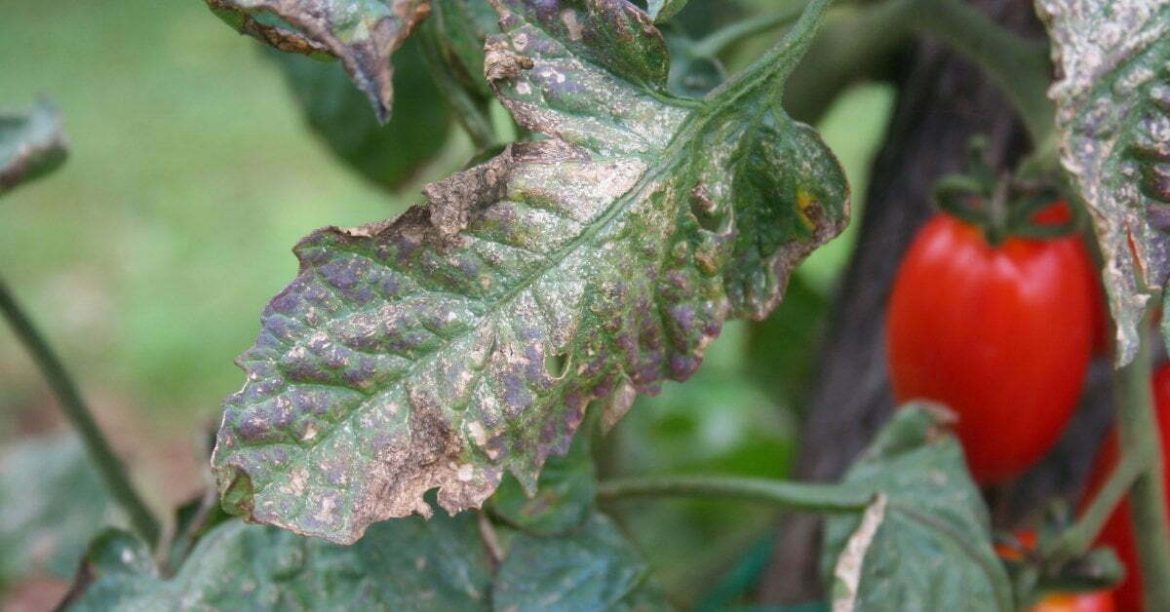 Downy Mildew was first reported in the United States in 1880 and was first reported on roses in 1862 in England. The reproduction and spread of downy mildew fungi are rapid. Their diseases can cause heavy losses in short periods and on many different plants, including vegetables, ornamentals, shrubs, and vines.

Here is how to get rid of downy mildew on your plants with this awesome product:

Symptoms of downy Mildew occur on leaves, stems, and flower petals. Infections are generally restricted to young, apical plant growth. Leaves develop purplish-red to dark brown irregular spots, followed by yellowing of leaves. Leaf abscission may be severe and foliar symptoms in some plants may resemble burns from pesticide toxicity. In roses, the severity of leaf abscission results in a spectacular dropping of leaves.

Under cool and humid conditions, grayish spore masses appear in large quantities on the lower surfaces of leaves; whereas, Powdery Mildew appears mainly on the upper leaf surfaces. Roses and many other plants are unaffected by downy mildews when the humidity is less than 85%and temperatures above 65 F.

The optimum temperature for spore germination is 65 F, and the spores germinate within 4 hours in a film of moisture on leaves. Plant spacing aids in preventing moisture build-up on leaf surfaces caused by humidity, dew, plant watering, and sprinkling.

Sanitation is essential to avoid the seasonal carry-over of the pathogen since it may overwinter in infected leaves, stems, and flowers. Spraying every two weeks with a broad spectrum fungicide such as GreenCure aids in the prevention of the development of downy mildews.

Diseases of Hops: Powdery Mildew and Downy Mildew are severe diseases of hops and can totally destroy a hop yard. For instance, throughout the mid to late 1800s, upstate New York State was the hop growing capital of the country, producing millions of pounds of hops.

In the late 1800s, however, Downy Mildew (sometimes spelled Downey) infected hops yards throughout New York. Efforts to fight the disease were unsuccessful, and hops farms went out of business.

Downy Mildew: Downy Mildew thrives in damp conditions with temperatures in the 60 to 70-degree range. The optimum temperature for spore germination is 65 degrees F, and the spores will germinate within 4 hours in a film of moisture on leaves.

Downy Mildew will affect all plant parts from the roots/rhizomes to the hop cones. In more mature plants, Downy Mildew will appear as grayish spores on the bottom surfaces of leaves and ultimately result in severe leaf necrosis (black and brown spots, curling, and leaf drop).

GreenCure was developed by renowned plant pathologist Dr. Ken Horst at Cornell University. By combining potassium bicarbonate with special surfactants that spread and stick the solution to plant surfaces, the GreenCure formula creates a synergy of action against fungal diseases. GreenCure splits open fungal spores and dehydrates the spores, effectively killing the Mildew and breaking the fungal life-cycle.

How to Use GreenCure

GreenCure is a powdered product that is mixed with water at two tablespoons per gallon of water. (For tank mixes, see chart below*). Shake well. GreenCure should be applied with a pump or pressure sprayer with a fine mist spray nozzle. Spray to cover both tops and bottoms of leaves and the bines and cones.

Do not saturate to the point of dripping. As will all spraying, it is best to spray in the early morning or late afternoon out of direct hot sunlight to prevent scorching.

Prevention is the Best Course of Disease Control: GreenCure can be sprayed early in the season and throughout the season up to harvest. With all plant diseases, prevention is better than controlling an active infestation—Spray GreenCure as a preventative.

For example, downy Mildew can develop in as little as four hours under the right conditions, so maintaining a thin coating of GreenCure can prevent spore germination. Spraying can be done when environmental conditions are suitable for disease development and as often as every 7 to 14 days.

Use GreenCure at the End of the Season: Downy Mildew will overwinter in the bine stubble and rhizomes. It will become increasingly difficult to control the disease next year if this occurs. After the bines have been cut and removed from the hop yard and the plants are trimming back with clean clippers, the above-ground roots and stubble should be sprayed heavily with GreenCure.

While GreenCure is not intended as a root drench, it will work against the residual spores on the exposed plant surfaces. Dead leaves and bines should be removed from the hop yard and preferably burned or landfilled.

Check for Disease at First Sign of Plant Growth: According to the “Alternative Field Crops Manual” published by the University of Wisconsin Cooperative Extension;

“The first symptoms of the disease appear in early spring when a part or all of the new shoots arising from a hill may be infected. Badly infected shoots are unable to climb and are stunted, brittle and lighter in color than healthy shoots. These “spikes” are infected internally by the fungus and may carry millions of spores. The spores can be carried by wind or water to other shoots and can infect the tips of healthy shoots.”

If disease symptoms are showing early, it will be vital to spray the new shoots with GreenCure lightly. It may also be wise to test a systemic fungicide that can enter through the roots. Again, control could be pretty tricky if the disease is showing early.

* Mixed at 2 Tbs. Per Gallon of Water

Here is another alternative for treatment if you don’t like the product above:

Smoking And Atherosclerosis: This Is How Green Tea Can Protect You

T5 Grow Lights VS Others: Which is The Best Choice For 2022?