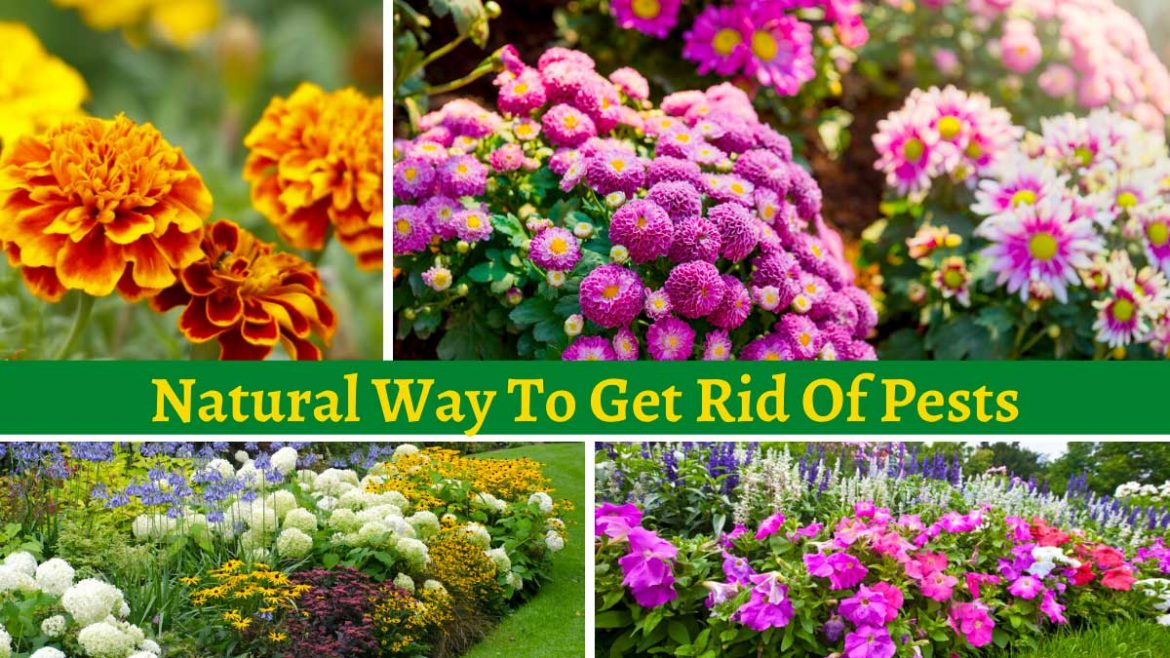 How to keep the pests away without chemicals in our home and gardens should be our #1 concern. A farm lives in its own ecosystem, but most of the man’s interventions in it by using chemicals damage the life cycle of the creatures living in that microhabitat. This makes sense, obviously, since the wrong kind of insect or other invaders can decimate the crops anytime.

However, pesticides have created several problems. Not only do pests become resistant to the poison with each application (which pushes the user to try something more substantial for the next season), but the use of the chemicals can also be potentially unhealthy for workers and for the people who contact the remnant of the product in their diets.

What would be the results like if you grow flowers to keep the pests away instead of chemical sprays?

Keep the pests away without chemicals by growing pest-repelling plants

According to reports published by Fast Company, many organic farmers are returning to non-chemical applications by maturing an environment where natural pests can keep living.

They are growing flowers together with their other crops, which ensures for creating an environment for organisms like parasitic wasps, which consume aphids in their early larval state. It has been a common approach to grow flowers around the farmland territory in Turkey because it helps with biodiversity.

The producers are facing with strips of flowers in their crops, which enables a shield-like highway for bugs to travel far away and cover more ground, preventing pests from spreading.

Growing flowers to decrease pests is becoming a widespread approach

It is also mainly a famous experiment in the U.K., where the researchers Ben Woodcock and Richard Pywell are experimenting with the new ways on preventing pests production at the Center for Ecology and Hydrology.

As they claim, growing flowers to encourage bugs may seem an easy task to apply. However, a certain amount of validation is needed to promote the right species in the right amounts -more modern monitoring techniques are vital to have.

“The wide-scale adoption of precision agricultural systems, particularly GPS mapping and precision application technologies, means that it should now be possible to implement and protect these in-field habitats,” they wrote to Fast Company in an email.

This would be a challenging task a few years ago. While this seems not so much possible to remove the pesticide usage requirements, It may help prevent increasing pest population below the SOS level, at which they harm the plants long enough for destruction. So, long story short, that decreases the pesticide application cycles.

Flowers are vital for beehives

Besides, flowers have significant importance for beehives, which is a common issue among scientists as there is a phenomenon of beehive death. There are many discussions, and fieldwork carried on widespread why bee colonies have been dying for years. -It is definitely unawares the overuse of chemical pesticides.

Other countries have been experimenting with that terrifying issue for years as well. Researchers planted a mix of poppies, cilantro, dill, and other flowers in combination with wheat fields in Switzerland, and they figured out that when wheat eating pests are eaten by the bugs (instead of controlling with chemicals), by a flower growing, leaf damage decreased up to 61 percent.

Finding the right mix of plants that help increase the yields is the main aim here.

Here is a list of pest repelling plants, including catnip, basil, borage, and more.

Even if flower production became merely another toolbox for farmers, it could dramatically reduce the use of pesticides. It’s something awesome to watch them as well.

How to get rid of Ambrosia? | Allergy Plant Ragweed Control