Once upon a time, when the number of perennials was fewer than now, and gardeners focused on the aroma as much as they did on beauty, there bloomed an almost white-flowering plant called Dictamnus alba. It was touted more for its citrus aroma at dusk than for its modest appearance.

I tried to include it in my range of late spring perennials but never succeeded. When still in its infancy and not in bloom, it remained camouflaged among the weeds and would be dug up when the beds were cleaned.

Never did I feel remorse for this plant butchery. The flower color was weak and invisible from my far window, while the aroma would waft only at dusk when I was never outdoors.

Many years passed. Recently, I noticed a new variety that flowered in pink called Dictamnus Rubra. It was time to give this plant another chance. To encourage a better survival rate than in the past, I planted it in a less weedy location right outside my bedroom window.

From that vantage point, I would monitor its daily existence throughout the summer to remind myself that it was to be nurtured.

Like its predecessor, alba, it did not perform well for the first two seasons as it was and still remains slow to establish. In years two and three, it delivered only one flowering spike in a soft and gentle shade of pink. Now, in its fourth season, it has produced two bold spires. At this rate, the perennial cannot be included in a master plan without frustration. I intend to treat it as a stand-alone specimen.

Recently, I visited websites of other gardeners to see what the future had in store for my slow-developing perennial. In the flowerbeds of colleagues, Dictamnus rubra blooms in lush groves. At the slow rate, it expands in my garden; many years will pass before mine is as sensual as theirs. Perhaps that is due to the late cold Montreal springs we experience in USDA Zone 4.

Colloquially, this perennial is called Gas Plant. The sticky substance – that coats the leaves, provides the citrus aroma, and irritates the skin – is flammable under very hot growing conditions.

At two to three feet in height and width, Dictamnus albus rubra can be a delightful addition to the late spring flowerbed providing the gardener has the patience to watch it develop impressiveness. It’s worth the wait. 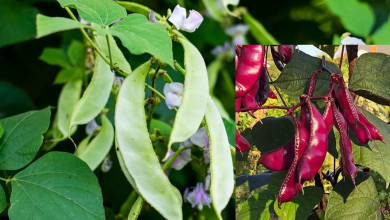 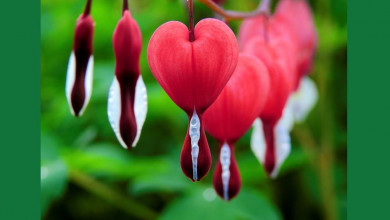