Contents show
1 Why prune the plants?
1.1 So, why spring prune?
2 Rose Pruning
2.1 Shrub Roses
3 Spring Pruning – Clematis
3.1 The right group is everything.
4 Spring Pruning – Honeysuckle Pruning/hacking
4.1 Time to be ruthless

New gardeners (and quite a few experienced ones) really struggle with pruning. It’s easy to get bogged down with the technical side of what is essential, training a plant to do what you want it to…

Here is a detailed guide with before and after pictures for spring pruning your bushes...

Yes… there are some rules to remember, but even if you were to make a huge mistake and cut off the wrong bits, plants are very resilient; most pruning can be practiced again next year, with new growth, so all is not lost.

Rather than trying to show the ‘way’ in which to prune, I think it might be better to explain ‘why we prune in a certain way. There are many ways of pruning a plant, each depending on the time of year, what you want to achieve, and of course, what plant you are pruning.

Why prune the plants?

So, why do we prune? It’s a very good question and not one that mother nature can answer, as she doesn’t do it. No, plants don’t get pruned in the wild, so why do we have to do it? Well, there are several reasons, but if we didn’t prune, then many of the more vigorous plants would become unruly and look unkempt, dominating other plants and becoming unmanageable.

Most pruning is done in either Spring, Autumn, Winter, or after flowering, depending on the plant, what you are trying to achieve, and what is practical at that time.

I think the easiest way to explain this is to give examples of a few plants in my garden. I will show you why I pruned them in spring, what I am trying to achieve, what I pruned them with, and the proper pruning technique for that particular plant.

There are literally thousands of plants that can be pruned in spring, but of course, we don’t own all of them in our gardens, so for further reading on pruning in spring, look to reputable resources for information.

If you need any help on this, please ask in the comment box, and I will research the best sources of information in your country.

Please note that this post only covers spring pruning for this time of the year. These are just a few examples of pruning in my garden.

So, why spring prune?

Spring pruning has many objectives, but these are the main ones:

Roses are ideally pruned twice a year. Once in late autumn/early winter, reducing the stems down by about half to stop the plant rocking in the wind, and therefore preventing the rootball from being damaged. When the winter has passed, and before new growth really takes hold, the plant is then pruned more vigorously.

This rose had already been reduced in size by about half last autumn.

This is how it looked before pruning at the end of March.

The right group is everything.

If I have to be honest, I took a while to get my head around Clematis pruning. I eventually got it, though – well, at least now, I can do it without referring to a book every time. As I said before, it’s probably best to understand how to prune something by understanding ‘why’ it has to be pruned that way.

Clematis are divided into three groups when it comes to pruning, depending on when they flower. The label that came with your Clematis will tell you what group it is. If the Clematis was in the garden when you moved house, then take note when it flowers, or try to find out the name to establish what pruning group it belongs to.

The examples from my garden below are Group 2 pruning, but I have included the other groups for your benefit.

These clematises are early flowering species and their cultivars which flower in the last seasons (last years) wood. Therefore, if you were to cut them down to the ground, they would have nothing to flower on. As this is the case for these clematises, they need to be pruned lightly, with only tangled or wild growth removed.

They can, of course, be shaped as you would any climbing plant (say over a pergola), but it is more a case of control than anything else. These are the best Clematis to grow up trees, as they can scramble to their heart’s content.

This group is the large Clematis flowering on this season’s stems produced from the previous season’s ripened stems. Provided that pruning is done in early spring before the new growth takes hold, they can be cut back far harder than group 1, as they will produce new growth from nearer the bottom of the plant that will all produce flowers in the coming season.

This group is useful, as it may also produce a second flush of flowers in the autumn (albeit of a smaller flower).

This group of Clematis starts each season afresh, needing no growth from last year to produce flowering stems. Cut back to the nearest growth bud from the ground and just watch your Clematis burst into life this season. This group is the best for growing on fences you need to treat in the spring before growth starts (to ease access).

Time to be ruthless

Last year, I thought I was doing the right thing by letting my honeysuckle get established. It was only on its third year, and like most Honeysuckles, it had taken a while to get going. It didn’t flower until its second year, and so I felt sorry for it and didn’t prune it last year (complicated, I know).

So, how does it repay me for my kindness? By going absolutely and utterly over the top like a child given a free run. Stems the thickness of walking sticks (now there’s an idea), weaving their way up the trellis, through the Clematis and the Ivy, pushing into the other side, seemingly in a thuggish attempt to take over the world.

When it ran out of something to climb on, it tumbled over the trellis like a leafy fountain.

So, this year ‘it will be tamed.’ See below for the big tackle. Less of a prune back, more a hack before with loppers and secateurs. Oh well, lesson learned.

Winter Rose Gardening: How To Care For Roses In Winter

Creeping Lilyturf Care: All The Details About Liriope spicata 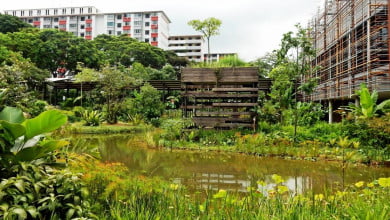 How to Create Your Own Urban Oasis 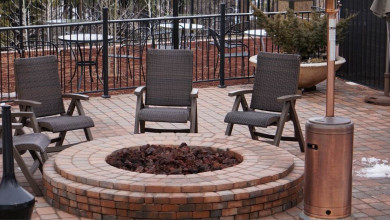 How to Build a Gabion Fire Pit