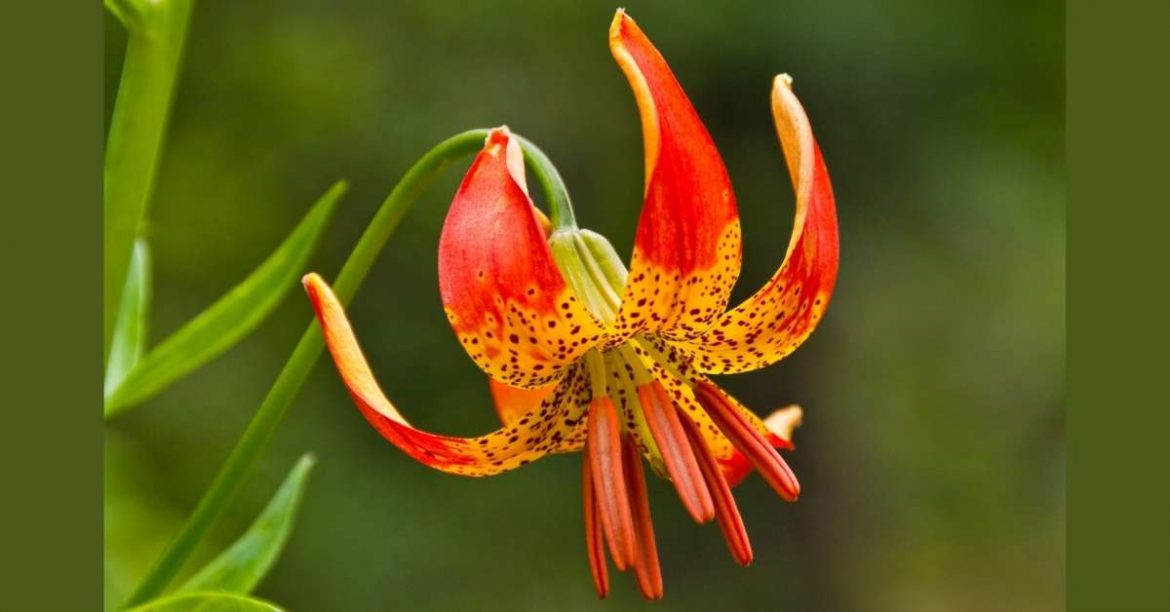 Belamcanda, (Blackberry Lily, Belamcanda chinensis Iris Domestica, Leopard Lily, Leopard Flower) is one of the plants the botanists have been renaming. The plant was previously named Pardancanda but is better known by its common names of Blackberry lily or even Leopard lily.

Given that only two species resemble Iris, this is a fine plant for the garden.

Understand, though, that this is a short-lived plant. And while it is lovely with its delicate flowers, it is only expected to last 3-5 years before it dies. You’ll have to learn to propagate it or continue purchasing the plant.

Because the plant thrives in humid conditions, you should spray its leaves first thing in the morning. It can reach heights of between 3 and 6 feet when grown indoors. It is important to have soil that drains properly and to feed your plants every two weeks during the growing season, but not at all during the winter. If the roots are becoming too thick, repot the plant once a year in the spring.

Protect over the winter if you live in a USDA 5 or colder. I’ve overwintered it quite successfully in a USDA 4 with no protection. (But it only lasted 3 years)

How to Propagate Leopard Lily

You can divide the Belamcanda plant in the early spring or fall to produce offsets. Get a bit of the root with each fan of leaves and division you take.

By seed. In the fall, the seed pods turn brown and split open, and there are shiny black seeds inside. Take these and treat them as for any perennial seed. They are relatively easy to start from seed, although they will take 2-3 years to flower from successful germination if grown properly.

How do you grow a leopard lily from seed?

The seeds do not need stratification and may be planted in containers of five or six inches in diameter, leaving a quarter of an inch between each seed. Put the seeds on top of the dirt, then add another layer of soil on top of that, followed by a layer of gravel that is a quarter of an inch thick. The seeds should be put in good drainage soil, and the soil should be maintained wet during the year.

How do you save blackberry lily seeds?

After one to three weeks of drying on the table covered in newspaper, collect the black seeds from the newspaper. When all of the seeds have been recovered, throw away the newspaper and any plant debris. Place each seed in its own little paper cup or envelope. For seven to ten days, place the blackberry lily seeds in a cool location, such as the refrigerator.

Easy and delightful plant to grow, but do keep dividing it every two to three years to establish a clump of them. Otherwise, you’ll lose this short-lived plant from your garden.

The blooms are followed by shiny black seed clusters that look like little blackberries. Both the flower clusters and the seed clusters make excellent cut material. The blossoms of the Freckle Face Blackberry Lily appear intermittently during the months of August and September. The plants reach a height of one to two feet.

Why is my Leopard Lily dying?

Most probably because of overwatering.

It was presumably caused by an excessive amount of irrigation. The soil in which the Leopard Lily is grown should never get saturated. It ought to be damp, and then a little bit of drying off ought to occur before the subsequent watering. To give it a second chance at life, you should take it from its pot and use paper towels to soak up any extra water.

Is Leopard Lily toxic to cats?

Lilies are particularly harmful to cats. Toxic exposure may cause a variety of symptoms, including persistent vomiting, blindness, paralysis, renal failure, coma, and even death. Cats may exhibit these symptoms not just if they consume the plant itself but also if they brush against the bloom and subsequently brush the pollen from their hair. Ingestion of the plant is not the only way that this can happen.

Can I plant blackberry lily seeds in the fall?

Beginning a blackberry lily plant from a seed is not too difficult. If you plant the seeds outside in the autumn, this perennial will produce flowers the following summer if you do so. It is also possible to start the seeds inside; however, in order to guarantee germination, you will need to remove any fleshy covering (aril) that may be present on the seed.

Is leopard lily poisonous to dogs?

Yes, Leopard lilies, just like any other Lillies in the family, are harmful to dogs. Although some types of lilies are considered “non-toxic,” they may nevertheless make you sick if you consume them. If your dog consumes any portion of a lily plant, it will most likely exhibit indications of gastrointestinal distress, including vomiting, diarrhea, and stomach discomfort. This is because lily plants are toxic to dogs.

The Blackberry Lily, also known as the Leopard Spotted Iris, is a gorgeous iris that produces fruit that looks like blackberries. It draws in a diverse population of pollinators, including butterflies, bees, and other insects. Its leaves, which are fashioned like swords and grow in a fan, make an excellent addition to cut-flower arrangements, as do the plant’s towering flower and seed stalks.

AstraZeneca vaccine is Way Less Dangerous Than Your Everyday Activities