Johnson Grass (Sorghum halepense (L.)) Pers. is a particularly problematic weed in hot regions. It’s difficult to keep it under control, so figuring out what’s causing it to spread is essential.

On more than 400 acres in three Spanish districts, researchers examined the prevalence of S. halepense in relation to several agricultural factors.

This weed’s prevalence was shown to be significantly affected by agricultural management, according to the research. S. halepense infestations were reduced as a result of rotational farming. The growth of vast patches with high plant densities was made easier by the Furrow irrigation technique.

On the other hand, the sprinkler watering method promoted the existence of small patches of vegetation. There is evidence that moldboard tillage facilitated the formation of big patches. Maize fields might benefit from improved management of current infestations thanks to the combination of numerous elements.

Here you will learn how to easily get rid of Johnson grass in your backyard or garden.

How To Easily Get Rid Of Johnson Grass

Characteristics of the Johnson Grass

Unlike many other types of grass, Johnsongrass has the ability to expand and compete with crops. Six or eight feet is a typical height for an upright perennial.

This plant has broad, white-midribbed leaves, open panicles (seed heads), and several branches that hold millions of spikelets, all of which are easily fractured.

The vast, jagged-edged membrane-like ligule that forms is key to distinguishing the vegetative stage. Shattercane and Johnsongrass are two similar-looking plants. Shattercane is an annual grass; therefore, it lacks rhizomes, which is the most noticeable difference.

The shattercane leaf blade, which may be as big as 3 inches, is usually significantly larger than the 0.8-inch-wide johnsongrass leaf blade. Rhizomes coated in orange scales are also seen in Johnsongrass, which has a typical fibrous root structure.

How does it propagate?

With its capacity to generate seeds and rhizomes, johnsongrass has become one of the most invasive weeds in the world. The rhizomes of this plant may be found in the first 10 inches of soil, but they can also be found at depths of up to 5 feet. Seed and rhizomes are the primary means of propagation for Johnsongrass; seedlings may begin rhizomes within 19 days after emergence.

In a single growing season, a single plant may generate up to 80,000 seeds and 275 feet of rhizomes. Seeds are readily broken and fall to the ground underneath the plants from whence they originate. Seeds may stay dormant for many years before sprouting rather than germinating consistently. Johnsongrass seeds may stay viable in the soil for more than a decade. ‘

Upland fields and lush bottomlands along the stream and river banks are typical habitats for Johnsongrass. Water from irrigation ditches carries seeds from johnsongrass-infested banks. johnsongrass may quickly spread to a new site and become a major nuisance. Seeds and rhizomes may be dispersed by tillage machinery and birds.

johnsongrass seed may contaminate agricultural seed, hay, and other animal feeds. To help increase the spread of johnsongrass, watermelons sent from the South were typically swaddled in it before being dropped off.

The simplest strategy to manage johnsongrass is to prevent it from spreading to new locations. This weed may spread in a variety of ways. A single cultural management method or herbicide treatment will seldom be sufficient to eradicate johnsongrass since it is a perennial weed.

To get rid of Johnsongrass, you should:

Roundup or Touchdown may be used in the autumn to control existing infestations and to prevent the emergence of new rhizomes.

Breaking up rhizomes and weakening johnsongrass stands in cultivated areas is often accomplished by growing early-maturing crops, plowing shortly after harvest, and tilling as required. Tillage is effective against Johnsongrass, as it is against the most difficult perennial weeds.

Rhizome johnsongrass is suppressed by heavy tillage. The rhizomes of johnsongrass may be broken and dispersed by moderate tillage. The development of Johnsongrass in genuine no-till systems is sluggish, but if left unchecked, it may quickly become a major problem.

Row crops are typically planted in pastures that have been severely infected. Uncontrolled johnsongrass seed and vegetative invasion into fields is a typical sources of johnsongrass seed. To eradicate these potential seed and rhizome reservoirs, use spot sprays on fences and ditch banks.

For a short period of time, alfalfa is able to compete with johnsongrass, but it ultimately succumbs. Johnsongrass seed production and rhizome growth are both inhibited by repeated mowing of an alfalfa-johnsongrass combination.

Cutting and grazing may be employed to lower the johnsongrass population in an area, as can mowing. It takes at least two years of intensive grazing or mowing to deplete a plant of its vitality and stunt it.

Plowing in the autumn diminishes stands significantly because the rhizomes are exposed to low temperatures over the winter. Intensive grazing or mowing may be the most effective method of controlling infestations in regions that cannot be tilled or sprayed.

Using a combination of soil-applied herbicides, post-emergence herbicides, crop rotation, and tillage will be essential to decrease johnsongrass infestations. Johnsongrass, for example, is a weedy plant that adapts easily to a year-round cultural system.

Continuous soybean production in river and stream bottoms is an excellent example of this sort of system. Crop rotation is critical for reducing the amount of johnsongrass and other weeds’ seed and rhizome development by disrupting their physical habitat. In order to reduce the selection pressure on herbicide-resistant biotypes, herbicide rotation is essential.

In addition to johnsongrass, the following initiatives aim to eradicate additional undesirable weeds. These initiatives, on the other hand, are intended for areas where present approaches fail to properly manage johnsongrass. Growers must be careful and use control measures as frequently as required in order for them to be successful.

How do I control Johnson grass in my lawn?

Johnson grass is not a problem in regions of good natural quality, especially in areas that have been naturally disturbed, such as river banks. If it is possible, seed panicles should be cut and removed from the site.

In order to get rid of dense patches, 2 percent Roundup may be applied to the foliage (a formulation of glyphosate). Glyphosate is most effective when given to plants that are at least 18 inches tall and in the early stages of blooming.

During this time, the herbicide is most likely to reach the roots and rhizomes of the plants. As a nonselective herbicide, Roundup should be used with caution and should not come into touch with non-target plants.

Apply herbicide sparingly and avoid dripping it onto the target species. To prevent stepping in the herbicide that has been applied, the herbicide should be sprayed while backing away from the site. In accordance with label directions, herbicides may only be used.

A cheap and efficient method of killing Johnson grass is to pour household white vinegar over it. In order to avoid burning your lawn due to the vinegar’s acetic acid content, make sure you know what proportion is in your bottle. Weeds may be eradicated more easily with a greater acid concentration.

How deep are Johnsongrass roots?

Rhizomes may be found in the top 8 inches of soil. Thin, hairy stems sprout from the base of the plant and are speckled purple at the nodes. Johnsongrass may also form roots at the lower nodes of the stem because of its free-branching, fibrous root structure.

Can you burn Johnsongrass?

No. Johnsongrass cannot be controlled by grazing or burning. Prevent the spread of johnsongrass to new places.

Stopping seeds from being produced, preventing rhizomes from spreading from contaminated regions to uninfested ones, and regulating seedlings sprouting from broken seeds are all effective ways to attain this end goal.

Using hand control in vast regions where infestations are prevalent is too slow and impractical. A lot of people leave rhizomes in the ground since they are so easy to break. Pulling large mature plants by hand is almost difficult.

Johnson grass is not often found in regions where it is practicable to manipulate water levels.

Vegetative controls: the presence of animals in grazing areas might diminish plant vigor, but there are drawbacks (such as soil compaction and harm to other species) that must be considered. There aren’t any other known biological controls that might be used in natural settings. 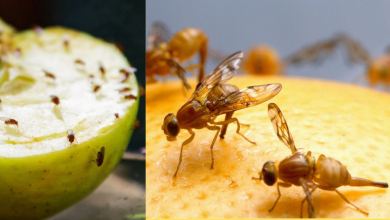 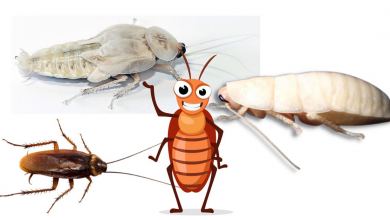 How to Get Rid of White Roaches (Albino Cockroach)