The answer to the question “how will growing algae reduce the carbon dioxide emissions?” came from Germany. Scientists at the Technical University of Munich (TUM) have devised a method for extracting the greenhouse gas carbon dioxide from the atmosphere that, according to early calculations, might be more cost-effective.

In the most recent World Climate Report (IPCC Special Report on Global Warming of 1.5° C), the process’ global relevance is highlighted.

Contents hide
1 How Will Growing Algae Reduce The Carbon Dioxide Emissions?
1.1 What are algae?
1.2 Are algae a type of bacteria or a type of plant?
1.3 Why are algae so important?
1.4 What are the 5 types of algae?
2 How can we cut CO2 emissions even more?
2.1 Carbon dioxide
3 Algal carbon sequestration
4 Algae as a source of nutrition
4.1 Algae as material
4.2 Algae as a fuel source
5 Cultivation of Algae
5.1 BICCAPS
5.2 Photobioreactors
5.3 Open Ocean Algal Blooms
5.4 Algal Turf Scrubbing (ATS)
6 Conclusion

Companies produce algae oil by converting carbon dioxide from the environment, power plants, and steel mill exhaust. This is then employed in a later stage to make valuable carbon fibers — at a low cost, as preliminary analyses suggest.

How Will Growing Algae Reduce The Carbon Dioxide Emissions?

Algae are a class of creatures that are mostly aquatic, photosynthetic, and nucleus-bearing but lack the real roots, stalks, leaves, and specialized multicellular reproductive systems that plants have.

Their photosynthetic pigments are also more diverse than those found in plants, and their cells have unique characteristics not seen in either plants or animals.

Colonial blue-green algal remains have been discovered in rocks going back over 4 billion years. These kinds of fossils account for roughly 7/8th of the history of life on the planet! They are, however, bacteria rather than plants.

Why are algae so important?

Because they comprise the energy backbone of the food chain for all aquatic animals, they are extremely important in aquatic habitats. Algae, being autotrophic organisms, use photosynthesis to convert water and carbon dioxide into sugar.

What are the 5 types of algae?

How can we cut CO2 emissions even more?

Corn is probably the first item that springs to mind when you hear the expression – biofuel. However, algae is a feasible option if it can be bulk grown.

Algae are a sort of aquatic critter that can do photosynthesis. Seaweed, pond scum, and gigantic kelp are some well-known examples. Algae have the potential to provide 10 to 100 times more fuel per acre of land than other crops, but they require a lot of water and carbon dioxide (CO2) to grow.

In many parts of the United States, these resources are few, making it difficult to maintain output. The Midwest, on the other hand, has enough high-purity CO2 owing to corn ethanol manufacturing, and algae development has the potential to flourish there.

Corn fermentation produces concentrated CO2 as well as ethanol. Researchers from the Department of Energy’s (DOE) Argonne National Laboratory and the Pacific Northwest National Laboratory (PNNL) have released a paper detailing the obstacles and prospects of using CO2 to produce algae in the Midwest.

Heavy use of fossil fuels has tainted Earth’s atmosphere with the accumulation of greenhouse gases for centuries. These gases absorb infrared light that would otherwise escape the Earth’s atmosphere, trapping heat.

This raises the Earth’s total temperature, causing polar ice caps to melt, sea levels to rise, and tropical cyclone systems to strengthen, among other disastrous environmental repercussions. Carbon dioxide, the most often released greenhouse gas, is usually the subject of global warming therapies.

Algae can remove CO2 from the environment 400 times more efficiently than a tree when paired with AI-powered bioreactors. That implies we may begin to achieve significant reductions in atmospheric carbon while we learn to cut carbon emissions and enhance our consumption patterns.

It has the ability to render a metropolis carbon-negative without changing present production or consumption patterns if employed appropriately. Trees and algae naturally trap carbon dioxide.

As part of their photosynthetic process, trees “eat” carbon by “absorbing” it into their trunks and roots and “releasing” oxygen back into the air. Algae duplicate the process, except that it “absorbs” the carbon by producing more algae.

Algae may consume more carbon dioxide than trees due to their smaller size, which allows them to cover more surface area, develop faster, and be more easily managed by bioreactors.

Bioreactors can hold a lot of algae and maximize its growth (and related sequestration) cycle in a manner that trees can’t, and they can also dry off algal overgrowth and use it as fuel or biomass in the end.

Algae as a source of nutrition

Rebecca White is a rising aglaepreneur in the industry. She works at iWi, a nutrition firm that operates algae farms in Texas and New Mexico, as a research scientist. Their goal is to accelerate algae’s potential as a solution for our planet’s food security.

According to population forecasts, we will need a 70% increase in food supply by 2050 to feed the world, and a new UN report warns of an impending food crisis.

Eric Klarenbeek and Maartje Dros of the Netherlands employ algae to make polymers that can be used in 3D printing to replace plastic. “We can produce anything from shampoo bottles to dinnerware or trash bins” from this indigenous algal polymer, says Johanna Weggelaar, the firm’s project coordinator.

“Our ultimate objective is to convert an industrial production process, which emits pollutants and contributes to global warming, into a method of removing CO2 from the environment.” Any form of manufacturing might be turned into a technique to aid the environment by using algae as a raw material.”

Algae fibers are already being commercialized by a slew of other firms. Bloom, a firm that produces algae-based foam, is one of the main innovators. This substance is then utilized to make shoes and surfboards, which generally have petroleum-based soles.

Merrill, Adidas, and H&M are among the companies that use algal foam in their shoes. Bloom technology cleans the water while harvesting algae and returning it to the freshwater ecosystem, resulting in the return of 225 bottles of filtered water to the environment and the avoidance of 21 CO2 balloons entering the atmosphere.

Algae as a fuel source

Algae may also be used to make biofuels, which are fuels that are made from living materials. This implies it might be a more environmentally friendly alternative to carbon-producing fossil fuels like petroleum. Algae has been recorded to produce 5,000 liters of biodiesel from a single acre in a single year.

During the 1970s energy crisis, the US government looked at algae as a petroleum replacement. It abandoned the project in the 1990s after failing to make it cost-competitive with gasoline prices.

With the growing expense of oil and the need to develop clean-energy options, oil firms like Exxon and venture capitalists are investing money into algae-as-fuel research.

While progress is being made, the sector realizes that profitability is still a long way off. Extraction of algae oil is a time-consuming and costly process that is difficult to scale up. According to the Berkeley-based Energy Biosciences Institute (EBI), developing cost-competitive algae biofuel production would need long-term research, development, and demonstration. Why not begin right now?

Open-ocean algal blooms, photobioreactors, algal turf cleaning, and BICCAPS are the four proposed methods for algal culture. Each of these approaches has its own set of benefits and drawbacks.

The system’s capacity to produce more algae should, in principle, lower carbon capture and microalgal culture expenses. It’s also incredibly environmentally friendly, as it recycles nutrients and uses as little water as possible. The algae that are grown may also be converted into biofuel, reducing the need for fossil fuels.

Photobioreactors are another often recommended method for growing algae. These artificial growth chambers feature temperature, pH, and nutrient conditions that allow algae to grow at their fastest rates. They can also be powered by unfit-for-human-consumption effluent.

Due to the high concentration of algae in a comparably small space, photobioreactors exhibit the greatest rates of photosynthesis (and hence carbon dioxide uptake) of all the cultivation techniques examined in this study.

The necessity for an alternative to initiating open-ocean algae blooms drove the development of this novel technology. Pollution and water contamination issues are eliminated in photobioreactors, which are common in dangerous algal blooms. They also make raw algal biomass readily available for collection and use as a biofuel, unlike open-ocean algal blooms.

Algae is most abundant on the open ocean’s surface. Massive algal blooms may be easily sparked anywhere in the ocean by adding iron in the form of iron(ii) sulfate, the limiting element (FeSO4).

Most scientists appear to anticipate sequestration in this manner since, of all the proposed growing strategies, this one produces the most algae in the shortest period of time. This approach, on the surface, appears to take the most CO2 from the atmosphere since the amount of CO2 removed is exactly proportional to the number of algae doing photosynthesis.

The benefits of open-ocean algal blooms are numerous. Because there is no scarcity of room on the ocean’s surface, there is a theoretically endless quantity of algal mass that can be grown in this manner. Because all you need is some iron(ii) sulfate, and nature will take care of the rest, this approach is also very cost-effective.

Algal turf scrubbing (ATS) is a groundbreaking method created by botanist Walter Adey in 2018 to generate algae effectively for use in agriculture and biofuels.

The method entails utilizing small wave generators to disrupt the flyway’s flat surface and encourage the growth of a variety of algae species in the water. Over time, the biodiversity of these floways grows, and a typical ATS floway will contain over 100 distinct algal species.

Heavy metals and other harmful contaminants are occasionally introduced into the floways, but they are quickly removed to guarantee that the product is as safe as possible. The algal biomass is harvested every two weeks and offers a wide range of applications.

In the agricultural business, less harmful harvests may be utilized as fertilizers, which according to the study, is the most cost-effective use of the crop.

It can also be used to make biofuels; however, the ATS system’s developers anticipate that the bulk of their output will be used in agriculture since they won’t be able to generate enough algae to meet demand (if our society moves towards using it as a biofuel).

Algae is becoming a more feasible option for many of the more expensive climate-change measures. This is something that next-generation firms are understanding and investing in now, but it’s also something that regular individuals can think about as they try to lessen their environmental effects.

Consider algae as a potential food resource, consider purchasing products made with algae, and support local and federal efforts to adopt algae methods of carbon absorption and sequestration, in addition to going out and planting a tree, participating in an ocean clean-up, or working for companies that are making progressive changes for our world.

Two things can fix the world’s problems: collaborative action and human-first technology that improves on outdated methods. Everyone can help to bring about change by supporting the firms that are leading the way. 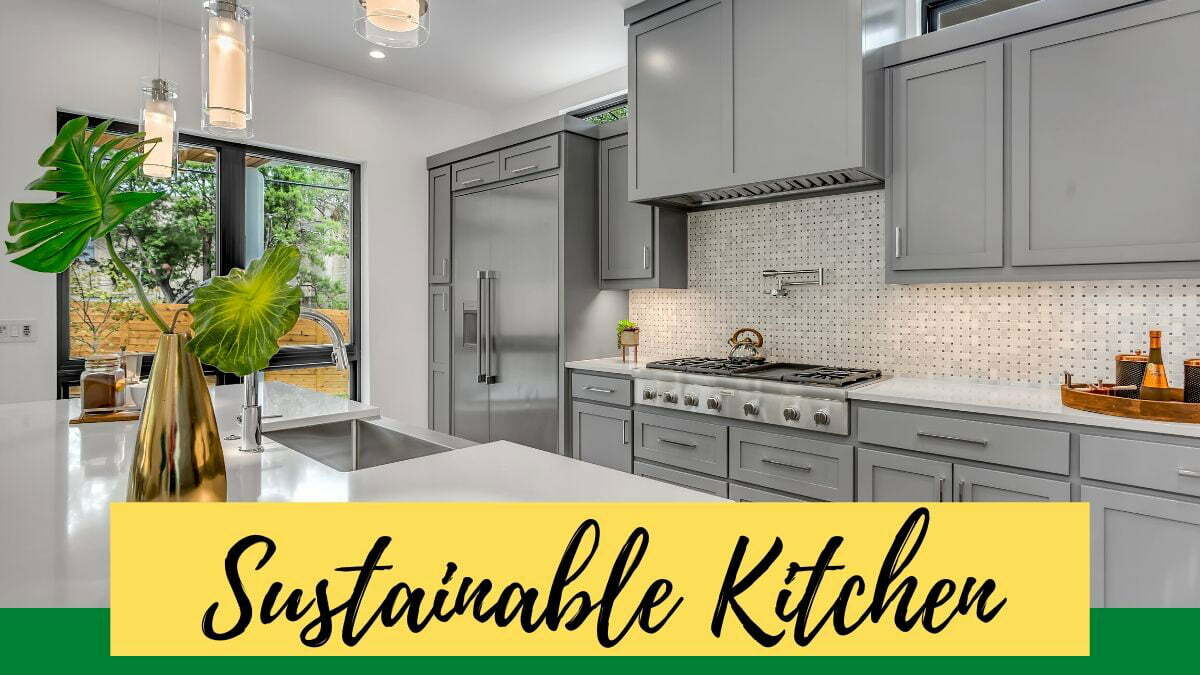 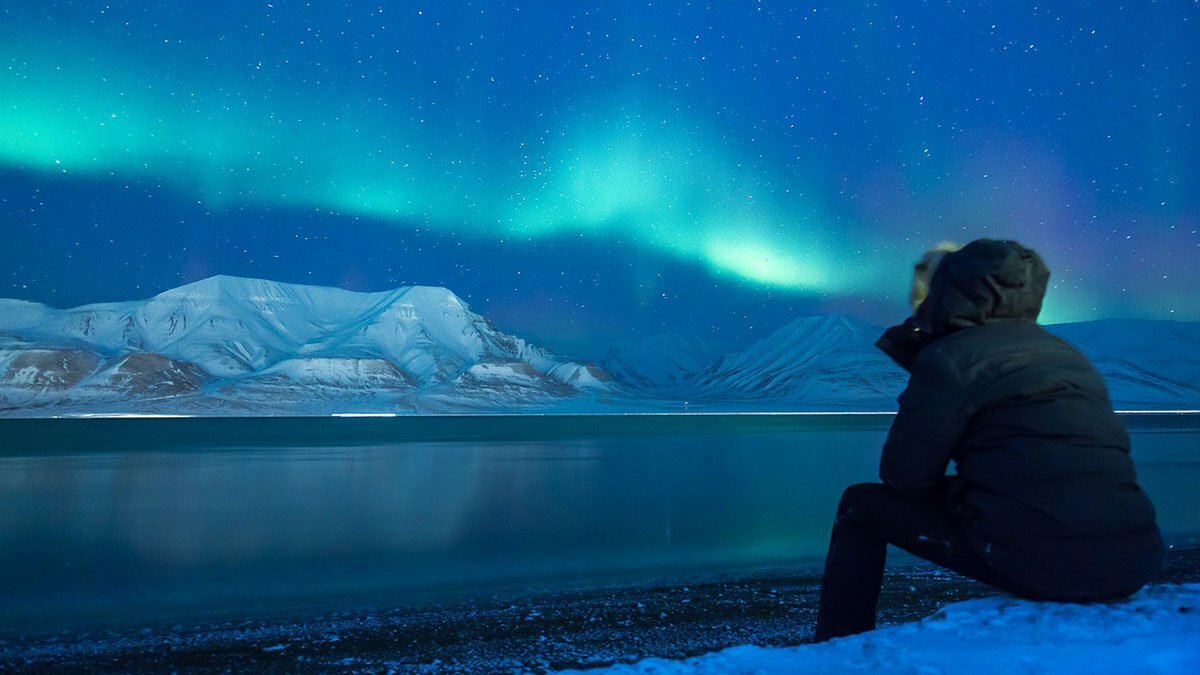