The monkeypox outbreak California is climbing: The present situation with monkeypox is fast developing, and the information that is provided here will be updated as new details become available. To guarantee that cases of monkeypox are identified as quickly as possible in the United States and California, the CDPH is actively monitoring monkeypox transmission.

According to the information that is presently available, there is a very low likelihood that members of the general population will be affected by monkeypox. Although anybody may get infected with monkeypox, the majority of recent cases in 2022 have been reported in people who identify as males and have sexual contact with other men (MSM).

Because monkeypox is so similar to smallpox and may be transmitted from person to human, animal to animal, and even via contaminated objects, it threatens the general population’s health. The severity of symptoms associated with monkeypox is often less severe than those associated with smallpox.

The disease known as monkeypox was first recognized in 1958 and is found mostly in the nations of Central and West Africa. In the past, instances of monkeypox in the United States have been very uncommon and have often been associated with either overseas travel or the importation of animals.

In regions of the world where monkeypox is not often found, such as Europe, Canada, the United States, and California, there has been a recent and considerable rise in the number of reported cases. Although it is important to maintain vigilance on any developing threats to public health, the risk of monkeypox infection in the general population is still very low.

What are the symptoms of Monkeypox?

The first signs of monkeypox may be similar to those of the flu, including fever, fatigue, enlarged lymph nodes, and general body pains. Following the onset of fever, the individual may experience the development of a rash or sores within one to three days (occasionally for a longer period of time).

Before the wounds are completely healed, they will go through a number of phases, one of which is called a scab. They may have the appearance of pimples or blisters, and they are often unpleasant and irritating.

The rash or sores may appear on or around the genital region (which includes the penis, testicles, labia, and vagina) or the anus (butt), but they may also appear on other parts of the body, such as the hands, feet, chest, and face. They might also be confined to a certain region of the body.

It is possible for people who have monkeypox to suffer none, some, or all of these symptoms. The rash and sores associated with monkeypox will develop in the majority of patients. There have been reports of some individuals getting a rash or sores before (or even without) the onset of flu-like symptoms.

The contagious period for monkeypox begins when the first symptoms appear and continues until the last lesions have healed and a new layer of skin has developed. This might take a few weeks to complete.

How does monkeypox transmit to humans?

Direct contact with infected sores, scabs, or bodily fluids is the primary mode of transmission for monkeypox. This transmission may occur during sexual activity and via behaviors such as kissing, embracing, massaging, and snuggling.

It is possible to get monkeypox by coming into contact with infected objects, such as clothes and bedding that have not been properly cleaned after being used by an infected person. It is also possible for it to spread via respiratory secretions when there is continuous close contact between the people involved.

The virus that causes monkeypox may be passed on by:

The monkeypox virus is NOT transmitted by the following:

What is the best prevention method for Monkeypox?

The spread of monkeypox may be stopped in a variety of different methods, including the following:

How does Vaccination work?

When administered before or immediately after monkeypox exposure, vaccination protects against the disease. Two different vaccinations for monkeypox are now accessible in the United States via the Strategic National Stockpile. These vaccines are known as JYNNEOS and ACAM2000.

At this moment, the federal government has made a restricted quantity of doses of the JYNNEOS vaccine to residents of California. The Center for Disease Control and Prevention (CDPH) collaborates with other state health agencies to ensure that these preventative dosages are readily accessible. JYNNEOS requires users to purchase a license at least 18 years old.

It is given as an injection series in the upper arm, and each dosage is spaced at least four weeks apart from the previous one. The majority of persons who get the JYNNEOS vaccination have very mild side effects at the injection site, including localized soreness, redness, swelling, and itching. People may also feel muscular discomfort, headache, weariness (tiredness), nausea, chills, and fever, but these symptoms are far less prevalent.

The Centers for Illness Control and Prevention (CDC) recommends that those exposed to monkeypox get the vaccination to protect themselves from contracting the disease. This kind of treatment is referred to as post-exposure prophylaxis or PEP.

If you get the PEP vaccination within four days after being exposed to monkeypox, you will have the best chance of avoiding getting the disease. Vaccination, if administered between the dates 4 and 14 days following the date of exposure, may help minimize the severity of symptoms, but it may not prevent the infection from occurring.

Monkeypox Outbreak California: What is next?

As the monkeypox virus continues to spread throughout the country, the governors of California and Illinois have proclaimed states of emergency in order to strengthen their state’s immunization efforts.

The third state to make a statewide proclamation in relation to the illness is California, which is also the biggest state. It was New York that pioneered this practice.

Even though there is still a shortage of vaccines, emergency medical services personnel in California will now be able to administer vaccines against monkeypox that have been approved by the FDA. This will increase the number of people who can immunize California residents against the virus.

According to the proclamation, “expanding the pool of authorized vaccine providers would significantly assist present efforts and support expected subsequent immunization efforts upon receipt of more doses from the federal government.”

“California is working urgently across all levels of government to slow the spread of monkeypox,” Governor Gavin Newsom said in a news release. “We are leveraging our robust testing, contact tracing, and community partnerships strengthened during the pandemic to ensure that those who are most at risk are our focus for vaccines, treatment, and outreach,” Newsom added.

According to Governor J.B. Pritzker, the state of the emergency proclamation will also make more resources available to fight the virus. On June 2, the Chicago and state departments of public health made the announcement that Illinois had its first possible case.

Pritzker said in a tweet that he was “declaring a state of emergency” in order to “increase the resources and coordinate the actions of state agencies in reacting to, treating, and preventing the spread of MPV.” In the state of Illinois, “we will guarantee that our LGBTQ+ community gets the services they need to keep safe, while also ensuring that members are not stigmatized in the process of accessing important health care.”
According to the Centers for Disease Control and Prevention (CDC), monkeypox is a poxvirus that is linked to smallpox. This virus often produces lesions resembling pimples or blisters and flu-like symptoms such as fever, headaches, muscular pains, chills, and respiratory symptoms.

According to the CDC, the virus may spread from person to person via intimate contact, most often through skin-to-skin contact. The monkeypox virus may also be transmitted to humans from animals that are already afflicted.

The week before last, San Francisco made history by becoming the first large city in the United States to declare a local health emergency due to monkeypox.

According to the California governor’s statement, “We will continue to work with the federal government to get additional vaccinations, increase awareness about raising awareness about decreasing risk, and stand with the LGBTQ community battling stigmatization.”

According to Newsom’s office, the state of California has been responding to monkeypox outbreaks by using the testing, contact tracing, and vaccination infrastructure that was developed for the Covid-19 epidemic.
The Centers for Illness Control and Prevention (CDC) has made the antiviral prescription medicine tecovirimat accessible for patients with monkeypox who are at risk of severe disease; however, access to the medication is restricted in the state of California. According to the authorities, the therapy may now be delivered at more than 30 different institutions and providers located all across the state.

According to Newsom, the state of California has increased its capacity for monkeypox testing, and it can now perform more than one thousand tests each week.

On May 21, the first incidence of monkeypox in the state was recorded; the patient had just returned from an international trip. There are now probable or confirmed instances of monkeypox in 27 different local health authorities around the country.

One of these cases involves a child who was just two years old.
Midway through the month of July, the health department in the state of California made a request for an additional 600,000 to 800,000 doses of the monkeypox vaccine.

This request was made to assist in expanding eligibility to include both confirmed and probable exposures and high-risk individuals.
According to a statement that was issued by the state’s Department of Health and Human Services on Friday, the agency is “hopeful the federal government will send sufficient vaccine to satisfy the state’s request.”

Is California shut down for monkeypox?

Monkeypox has prompted California Governor Gavin Newsom to issue a state of emergency across the state. According to his office, the proclamation lends support to the efforts already being made to coordinate a response by the California Department of Public Health and other government members.

Are there monkeypox cases in California?

In the past, instances of monkeypox in the United States have been very uncommon and have often been associated with either overseas travel or the importation of animals. In regions of the world where monkeypox is not often found, such as Europe, Canada, the United States, and California, there has been a recent and considerable rise in the number of reported cases.

How many cases of monkeypox in the united states?

Can dogs get monkeypox?

People who have monkeypox should avoid touching animals of any kind, including pets, livestock, and wild animals, to prevent the virus from spreading. Do not give up your pet, have it euthanized, or leave it just because there is a possibility that it has been exposed to the monkeypox virus, even if it has been infected.

45+ Best Plants With Purple Flowers For Home, Garden And Wedding (And How To Grow Them) 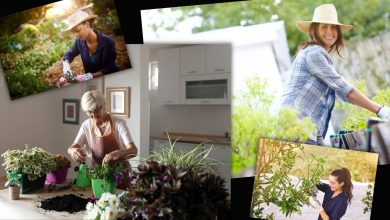 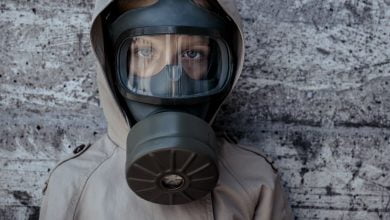