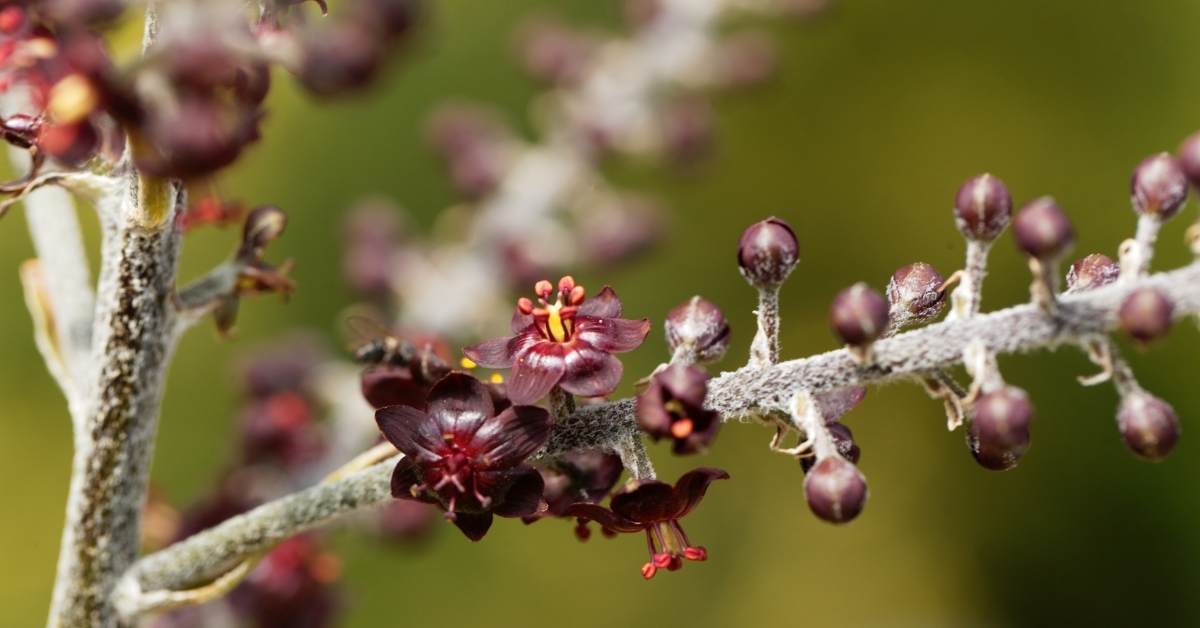 Below, the tip of a flower spike. These can be four to six feet high and often have a presence from July into September.

The tiny purple-black flowers crowd the spike’s main spire as well as its numerous side stems.

The bright-yellow anthers are the flowers’ only relief from a funereal, creepily-moist effect.

In Spring, Veratrum nigrum gives no hint of such name-sake darkness. Instead, eager bright green foliage emerges as if this were some sort of early bulb. The leaves’ longitudinal pleats are unique in hardy horticulture.

By August, though, the foliage of this cool-weather, moisture-craving species can be shabby indeed.

Ah, to be gardening in, say, the Scottish Highlands, where the sun is fleeting, fog and rain showers always imminent, and the temperatures rarely higher than seventy degrees Fahrenheit.

There, the turf could be kept mown to a half-inch and, yet, remain iridescently green. And a colony of Veratrum nigrum could luxuriate for decades as an ever-larger lawn specimen that would stay in the eerily-intact condition right through until frost.

Here’s how to grow this extraordinary perennial:

Black false-hellebore. Despite the chocolate-dark color of the flowers, the black refers to the color of the rhizomes that, because the plants never need dividing and are so enduring, they don’t need to be lifted and reset (in the way of, say, Iris), few people have ever verified directly.

The false-hellebore name is also puzzling: Hellebores are unrelated botanically as well as visually. The reference could be to the poisonous nature of each.

What kind of plant is it?

Clumping foliage on short stems that, overall, is reminiscent of that of hostas—but with astonishing pleats—from which tall spikes of flowers shoot.

The spikes have short side branches, and the flowers are tiny but innumerable. Inhabit (but not in coloring or scale), the flower spikes could remind you of those of rhubarb. See both foliage and flowers in “Grown for” below.

Slow to moderate except in ideal conditions. See “Culture” below.

A tight clump of foliage reaches up to eighteen inches high to thirty inches wide, from which flower spikes of three to six feet shoot. Size varies with culture and climate. See “Culture” below.

In mature clumps, which have multiple stems of the large, pleated foliage, the texture is dense but also—thanks to those incredible pleats—lively.

Its rarity: Because Veratrum nigrum is very slow overall, and particularly from seed—plants of saleable size are reported to take three years to produce, and might not flower until they are six or seven years old—few sources carry it and, so, few gardeners know of it, so few gardeners crave it.

If ever there were a “unicorn” plant—rumored to exist but never seen on the hoof, as it were—black false hellebore would be it for North America. See “Sources” below.

Its leaves are large (to twelve inches long), pointed, mid-green, hosta-sized, and longitudinally parallel-veined. As a result, they are pleated with seemingly obsessive care. This is a rare attribute for the foliage of plants that aren’t palms, for which it is so common as to be unremarkable.

Can you think of another plant hardier than Zone 8 with such strongly pleated foliage? The foliage remains in good condition only with optimal culture and conditions; see “Culture,” “Plant partners,” and “Where to Use It” below.

Its supremely dark flowers: These can vary from dark purple to dark chocolate to near-black. Many hundreds at a time crowd vertical branched panicles that can top three to six feet tall. Such dark coloring is unique in panicle-flowered perennials.

Its resistance to herbivores: All parts of Veratrum are poisonous, and no browsers but cows are known to be stupid enough to sample them. In standard garden settings, then, Veratrum foliage and flowers remain unchewed.

The dark color goes with anything, but it would be insultingly frivolous to pair Veratrum nigrum with pastel fluffiness. Instead, associate it with other dramatic, even misfit partners in a one-for-all, one-for-all display of solidarity, defiance, and sophistication.

Think of plants that Morticia Addams would smile at—those with foliage, flowers, or fruit that are ebony to black—then go for it. The bright yellow of the flowers’ pollen is an invitation to welcome that color with contrasting shamelessness. See “Plant partners” below.

Nearby plants at the front and sides of the clump of Veratrum nigrum need to stay low enough Spring into summer to leave clear the view to the remarkable foliage, but then become bulky and high enough to block that view as the foliage grows shabby from heat and possible soil dryness—but never high enough to block the view of the flower spikes that, by then, are at their peak.

At the same time, their visuals should set off the foliage (then flower spikes) deftly. In contrast, if any, their flowers should be harmoniously colorful with the purple-black Veratrum spikes but not prissy or traditional in structure or array.

Yet another consideration is the unusually long season of the flower spikes. Few other perennials that are otherwise suitable Veratrum partners can remain at their own peaks for as long.

Clearly, being in intimate conversation with Veratrum nigrum is a tall order physically, seasonally, coloristically, and aesthetically.

Suppose the surrounding soil is similarly moist and deep. In that case, these plants could each participate in the “foliage assignment:” Actaea simplex ‘Brunette,’ Astilbe ‘Cappucino,’ Athyrium nipponicum ‘Pictum,’ and Rodgersia pinnata ‘Chocolate Wing.’ At the back, Iris ensata ‘Variegata,’ Colocasia esculenta ‘Black Magic,’ and Osmunda regalis.

If the surrounding soil is normal, consider one of the ultra-sophisticated, tall-flowering, late Hemerocallis, with the goal of its flowers being high enough to levitate at the mid-spike level of the Veratrum. After the daylily’s flowering is through, you can cut the flower spikes to the ground.

If the daylily foliage itself becomes floppy or shabby, cut that to the ground at the same time; a new crop of tidy leaves will emerge. Longfield’s Black Magic, Merlin’s Moth, and Unkie are possible cultivars.

Suppose the site for backdrop plants of the Veratrum is sunny and the soil dry or at least well-drained. In that case, the gold-chartreuse foliage of coppiced Cotinus coggygrius ‘Golden Spirit’ could be a revelatory highlighter to the dark Veratrum flower spikes in front.

Achieving sustained and high-performance Summer-to-frost bulk and height at the front of the Veratrum solely with hardy options may be a needlessly high wall to scale. Instead, what about the dark foliage and classy single-white blooms of Dahlia ‘Bishop of Dover’?

If planted in-ground, its foliage won’t be high enough to begin blocking the mound of the Veratrum until July. Plus, the prominent yellow at the center of each Dahlia flower will call out to that of each Veratrum flower.

Where to use Black False Hellebore in your garden:

Black false-hellebore is a dog-whistle for competitive plant geeks who will appreciate its rarity, cultural challenges, and patience needed for a multi-stem display.

As such, it can be sited with as much prominence as you dare. Unless conditions are perfect, though, the sensational foliage will become shabby by or even before August, so clumps are best sited behind slower-to-mature partners that, by then, can finally provide welcome cover to about two feet.

As long as sufficient moisture can be guaranteed, Veratrum nigrum can grow in typical garden soil as part of a mixed or perennial border. But given the plant’s Achilles heel— drought—it’s safer to site it alongside or even at the shallows of a bog garden.

Gardeners whose summer climates are cool or tend to cloudiness—think Scotland, maritime Canada, or a coastal fog belt along the Pacific coast of North America—could feature a whopping clump as a specimen in a planting pocket in a terrace or lawn. Even so, ensure that the roots can penetrate bottomless rich soil that never dries out.

Wherever you site Veratrum nigrum, ensure that nearby plants rise to (or at least near) its level of textural and coloristic sophistication and, if possible, a rarity. See “Plant partners” above.

Veratrum nigrum demands plentiful and season-long soil moisture, as well as shelter from the sweeping dry wind. Unless you’re gardening in a climate that provides cool and rainy summers—and, hence, a fair amount of cloudiness—dappled sun at mid-day, or full shade from mid-day onward, are better choices than full sun. In addition to being rich or even heavy, the soil should be deep.

How to handle Veratrum nigrum : The Basics:

Plant new plants in Spring or Fall, ensuring enough water for establishment. Don’t be surprised if the foliage of spring-planted Veratrum enters dormancy before summer’s end.

How to handle it: Another option—or two?

If your soil isn’t reliably moist all season long, and you don’t want to be less of a slave to watering, plant Veratrum in a bog garden. At the minimum, sink a ten or fifteen-gallon black nursery pot to an inch below the soil surface. (This is a substantial dig; be prepared.)

Then open up a black contractor bag and insert that into the pot. Feeling through the bag, locate just one of the drainage holes in the nursery pot, and put a big nail through the bag and through the hole into the ground below. Don’t bother extracting the nail; just fill the pot with rich, compost-heavy soil, finishing by planting the Veratrum.

Water will drain out of that single nail hole slowly; check the soil surface and give deep water as needed in hot weather.

It may happen that the foliage has become truly unappealing even before the flower spikes are through. (I write from experience.) Consider cutting the spikes for a striking arrangement, then cutting the foliage stems to the ground.

Water deeply as much to apologize to the clump for the stress that leads to the shabby foliage as to give the clump sufficient moisture to regroup for the next season.

All parts of the species are strongly toxic. Do not plant any species of Veratrum in a rural, open-meadow setting where there is a danger of browsing by cows: Not only is the plant potentially fatal to them, it could also poison their milk.

To my knowledge, there are none. Alas!

Veratrum nigrum is rarely offered; this mail-order perennial house is where I purchased mine.

By division in early Spring, before new foliage or flower stalks have emerged.

Veratrum nigrum is broadly, impressively native to Europe and Asia, from France eastward to Russa, Mongolia, and Korea. 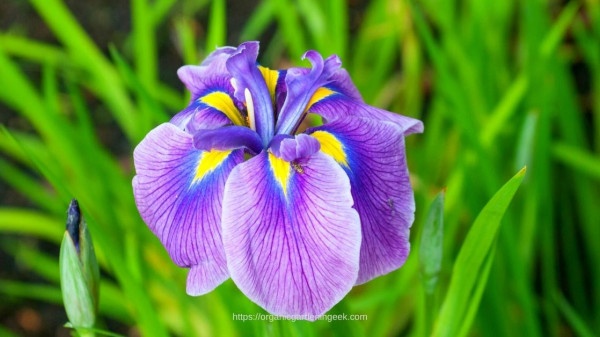 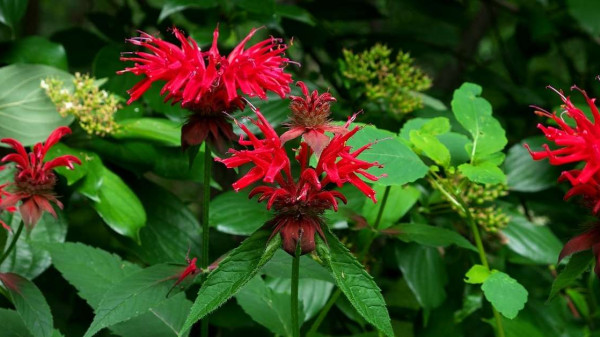 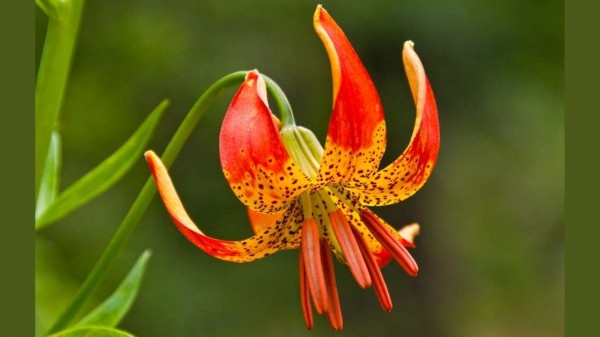 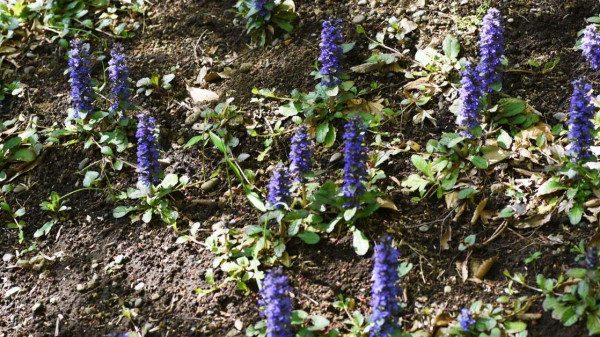 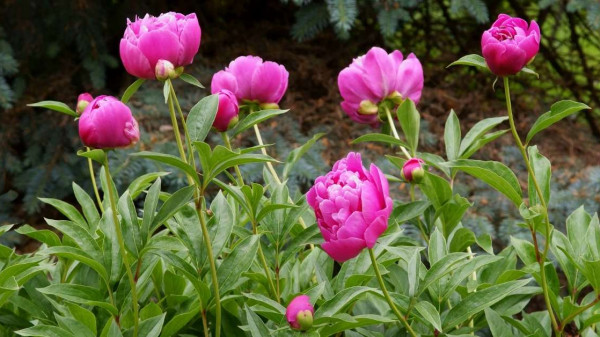 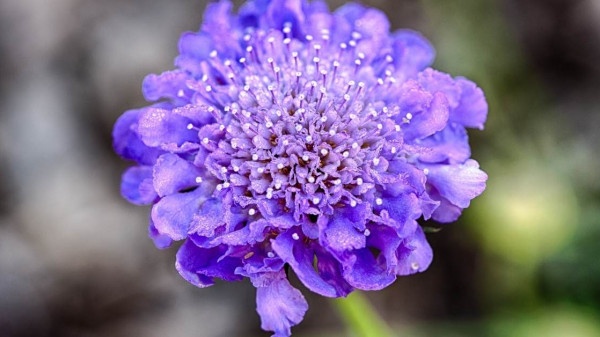