Clivia Miniata may be grown as houseplants as well as outside in frost-free areas. Clivias are also known as Kaffir Lilies, Bush Lilies, St John’s Lilies, and Fire Lilies. Because of their numerous gorgeous hybrids and simplicity of care have become an incredibly sought-after plant due to their low light, water, and fertilizer requirements.

This ornamental genus of durable shade plants in the Amaryllis family is one of the more primitive genera of the Amaryllidaceae. They have neither bulbs nor rhizomes but possess an abundance of thick rope-like, bulbous roots. They are evergreen, herbaceous plants and have predominantly orange, red, or salmon-colored flowers.

The Clivia is native to southern Africa’s moist and shady forest floors. From Africa, it was taken to England in 1854, where it was named by John Lindley to honor Lady Charlotte Clive, Dutchess of Northumberland. Because of the plant’s natural ability to survive on shaded forest floors quickly gained popularity as a plant well suited to the large shadowy parlors of Victorian homes.

Many native colonies have been destroyed by harvesting for traditional medicine and also by plant collectors. The rhizomes are reportedly extremely toxic but are used medicinally for various purposes.

Clivia miniata is the species most often grown in the United States. After reaching the age of 3-5 years, long stalks shoot out from the leaves and yield packed clusters of vividly colored blooms in late winter or early spring. On top of a strong stalk, these evergreen plants bear a huge head (umbel) of between 12 and 20 trumpet-shaped blooms.

How to Grow & Care Clivia Miniata aka Fire Lily?

Their long-lasting blooms are typically orange with yellowish centers, but there are also crimson, dark red, salmon, and yellow varieties. In Europe, Japan, China, and Australia, clivias are far more popular than in North America. The “Queen of Houseplants” is how they’re known.

As a member of the amaryllis family, clivias shares many common characteristics with the more familiar amaryllis. Like the amaryllis, the dark green, strap-like leaves of a Clivia are strongly two-ranked. This means the 2 feet long strap-shaped leaves arise from the soil directly opposite one another in an alternating sequence.

Because the leaves are produced in an alternating sequence and arch directly over one another, a mature Clivia plant will develop a strikingly formal silhouette with almost perfect symmetry, forming a large flattened vase.

How to grow Clivia Miniata?

Clivias are a relatively simple plant to grow. A division planted in a 12-inch container will bloom and propagate for at least ten years before needing to be repotted. In zones 9 and 10, they may be cultivated outside all year. They may be cultivated as houseplants or in pots outside and brought inside during the winter in colder climates.

From early spring through late October, they are at their most active. During these months, temperatures over 50°F at night and 70°F during the day are ideal.

When to water Clivia?

Water frequently and feed once a month, allowing the potting mix to dry out slightly between thorough waterings. Withhold water and fertilizer from plants in late autumn, giving them simply enough water to keep the leaves from drooping.

The roots of Clivia are thick, meaty, and intended to hold water. A mature specimen’s bulging mass of roots can frequently fill the pot completely, pushing the growth media up and over the container’s edge. Clivia plants should only be moved to a larger pot once this has occurred.

Plants operate best when a small container constrains their roots, so resist the desire to relocate the plant into a significantly larger pot than the one it came from. Fibrous loam, gritty grit, decomposing manure, and leaf mold make an excellent potting mix.

Clivias, unlike many other plants, may thrive in bright or low light and moist or dry soil. They like well-drained, organic soil in bright sunshine, with early morning or late afternoon sun but shaded in between, as direct sunlight will burn the leaves.

These plants’ capacity to live in settings that are inappropriate for most other plants makes them incredibly hardy houseplants and great candidates for growing in places where few other plants appear to flourish.

Plant the bulbs in the autumn or early spring. Only a little layer of soil should be applied to the swollen roots. The white stem section should be nearly buried. Clivias require frequent watering and fertilization when in active development. Water sparingly after that. If you’re growing Clivias in a container, try not to disturb them. When they grow overloaded, try to split them.

Clivias can be reproduced through division; however, offsets are most commonly separated after the plants have bloomed in late spring or early summer. Plants normally begin generating one or more offsets each year after three or four years.

When an individual offset has produced three or four leaves on its own, it may be taken from the parent plant and planted in tiny pots on its own, taking care to include some roots.

Clivias should be cultivated in bright diffused light with the growth medium primitive genera damp during the spring and summer. The plants can also be encouraged to blossom if they are allowed to dry out completely for two months in the winter and the temperature is reduced to around 10 – 15°C.

Watering can be increased and plants transferred to a site with typical growth conditions after a blossom stalk has begun to appear.

If the flowering stalk fails to elongate, leaving the cluster of flowers compressed between the leaves near the base of the plant, most often caused by the plant not having the proper rest period. Where Clivia plants are grown in low light conditions, they will rarely flower but will serve as reliable foliage plants.

Feed with a high-phosphorous fertilizer every two weeks from spring through fall. During the winter, stop feeding. 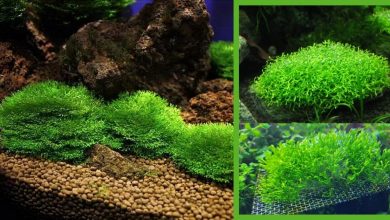 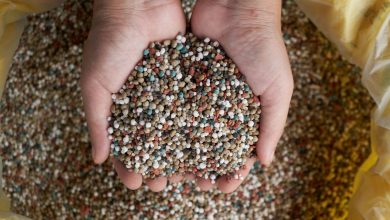 This Is How You Can Manage NPK in your Organic Garden