You are in trouble, and you immediately need to learn how to stop dog pooping on your lawn. One reason also is that dog urine is killing your grasses, and you are concerned about that issue. Let’s discuss that.

Suppose you’ve ever had a rampant dog in your neighborhood who enjoys nothing more than spoiling your manicured lawn in a defecating kind of way. In that case, you will have undoubtedly tried almost everything to stop him in his tracks. Vandalism of this nature can bring out the worst in any gardener.

It’s hard enough to see a disrespecting youth throw their cigarette butt in your camellia hedge than have to endure this as well.

I think I’ve just about seen everything when it comes to remedies for keeping dogs at bay. So I hope to unveil some of the common ones and give some tips for effective ways to keep dogs doing their doo doo’s on their own lawns. In fact, it may make a good story for Mythbusters Jamie Hyneman and Adam Savage.

How to Stop Dog Pooping On Your Lawn

Myths For Keeping Dogs Off Your Lawn

Filled bottles of water laid on the lawn – and the rationale for this is? Apparently, the idea is that dogs won’t do defecate an area where there is freshwater. They see the water in the bottles and judge it to be fresh and, therefore, will leave your lawn alone.

This is the most stupid theory, but many gardeners still practice it. As if a dog could tell whether there was freshwater, salty water, or pure ether in those bottles. Results have proven conclusively that this is a myth. In a forum site, where it is discussed, one commenter accurately states;

Even if the bottle idea did work, wouldn’t a low profile dog doo doo that will break down in a day or so look better in your front yard than a heap of plastic water bottles. It would make the place look like there had been a huge party the night before. You might as well just throw all your rubbish out there.

Keeping a fake dog poo on your lawn will deter any dog. Deter them from what? It certainly won’t stop them from messing up your lawn. Dogs primarily use smells to navigate, while sight is a backup sense. If a dog saw a fake poop lying on the lawn, it may mistake it for a toy and head straight for your lawn.

If you can catch the dog, stick his nose in it. Ever tried rubbing your nose in your own feces? No. I didn’t think so, then don’t do it to a dog. Could you imagine your Mum rubbing your nose into a poop that missed the toilet? Family and Children’s Services would sue her.

This is no more effective than shouting cursory names at a foreigner. The dog will scoot but only while you’re around. The moment you’re not at home, they’ll be back.

So, if none of these ideas work, what will? You need to find out why the dog prefers your lawn over your neighbors. Perhaps the dog has some privacy from fences or hedges. Maybe the grass is greener or softer. Whatever it is, try and experiment with changes to your lawn that may deter it.

Start With These Poop Stopping Ideas

Change your fertilizer; some animals react strongly to other animals’ smells and odors. If you’ve been using organic fertilizers, try using a chemical one for a short period and vice versa.

Change your watering times if the offending dog is consistent in the time he or she turns up to relieve themselves make sure the sprinklers are already going. Even having the lawn wet before the animal presenting itself may be a considerable deterrent.

Keep gates closed and check for holes in fences; we found some dog poo on our back lawn last week, and we always keep our gates tightly closed. However, we found a hole had been dug on one of our shared fences, and the neighbor’s dog had tunneled through.

Install a motion-activated sprinkler that will only come on when an animal triggers its sensors. This will scare the living poop out of dogs trying to defecate on your lawn, and the bad memories will ensure they never try again.

There are some other more immediate responses you could make, but I’m sure your imagination can concur with those without my help.

The moral of the story – figure out why the dog is using your lawn and change it.

Bromeliads 101: Everything You Should Know About Growing and Caring 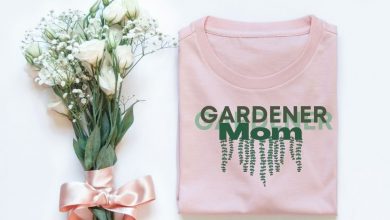 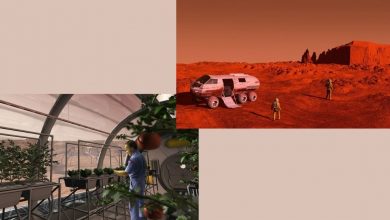